"Be patient" was the advice of executives opening day two of the ULI Fall Meeting. With the economy's direction tough to predict right now but in their opinion unlikely to take a second dip into recession, waiting out the volatility will bear fruit. 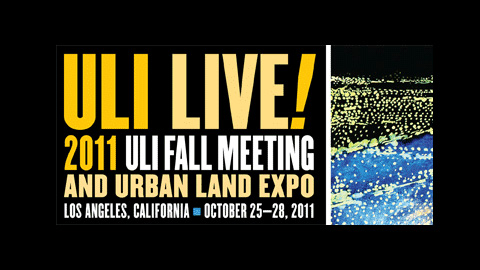 “Be patient” was the advice of executives opening day two of the ULI Fall Meeting. With the economy’s direction tough to predict right now but in their opinion unlikely to take a second dip into recession, waiting out the volatility will bear fruit, they said during Thursday’s keynote capital markets panel.

“It’s a time to be patient, and if you’ve got dry powder and stick to the fundamentals it could be another golden year,” Simon Treacy, group chief executive of MGPA, went so far as to say. Further advice from Michael McCaffery, CEO of Makena Capital Management, included, “Don’t get leveraged.” An investor who also recommends diversifying among investment vehicles and grabbing cheap prices on insurance tools like derivatives when they’re available, he also believes the real estate sector represents some of the most promising returns, provided leverage is kept low.

The advice was based not on a fear of further recession but a universal panel prediction that the United States will maintain very slow growth for awhile. McCaffery predicted 2 percent growth for another five years, which Kelvin Davis, senior partner with TPG Capital, attributed to strong growth in the retail sector, particularly among high-end retailers, and strong corporate performance.

The panel was not entirely optimistic: Davis does expect Europe to fall into recession as early as the fourth quarter of this year. That is likely to result in extreme volatility due to the interconnectivity among banks today, regardless of their country of origin, noted Roy March, CEO of Eastdil Secured. But Davis pointed out that the link to U.S. banks is “a psychological link,” rather than real, and not likely to have a direct impact.

A bigger threat in the United States is continued high unemployment, panelists agreed. They expressed a hope that when corporations gain more confidence they will translate their own improved financial performance into more jobs, but that is not likely to happen soon.

Resolving the housing crisis is also a necessity, something moderator Ron Sturzenegger, managing director & legacy asset servicing executive for Bank of America-Merrill Lynch, noted that his bank is striving to contribute to through an effort to sell homes to major investors and lease them back to their occupants for three years, with a view toward an occupant repurchase at that point. With interest from both investors and borrowers, the remaining impediment is finding operators to manage such properties, he said.

Meanwhile, more traditional real estate investment remains a challenge but a possibility for both core and opportunistic investors that can take advantage of dislocation, March noted, terming this the “Goldilocks era.” Whether investors should also rush to take advantage of low interest rates remains a point for debate, though: Davis believes they will increase substantially in the next three to five years, but McCaffery pointed out that Federal Reserve chairman Ben Bernanke has a “huge checkbook” and can afford to keep rates down for a long time.