The commercial real estate services firm has scored a whale of a contract at the sprawling mixed-use office campus in the city’s CBD, working on behalf of Brookfield Property Partners, the asset’s new owner. 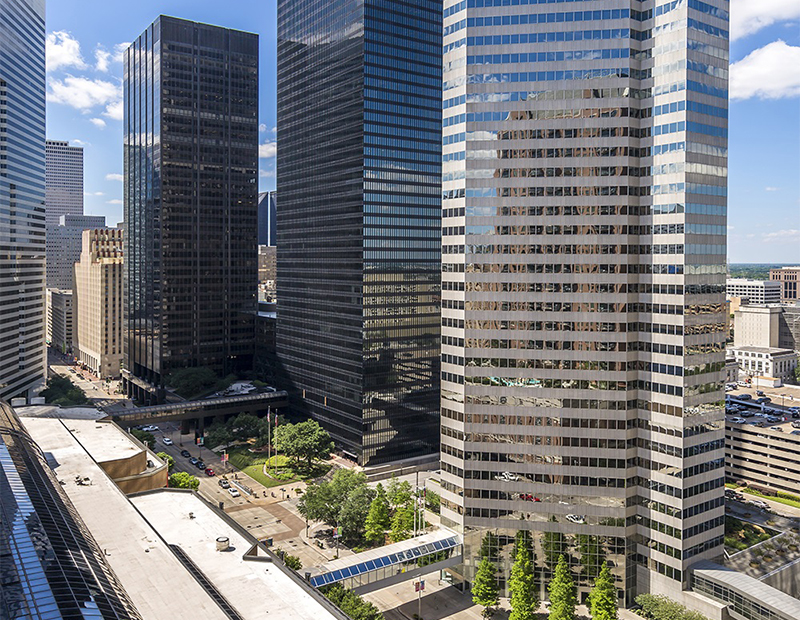 Transwestern just landed a whale of a contract in Houston. On the heels of acquiring Houston Center in an $875 million transaction, Brookfield Property Parners has selected the commercial real estate services firm to spearhead leasing at the 4.2 million-square-foot office and retail complex in Houston’s central business district.

At the hands of its new owner, Houston Center is being subjected to a comprehensive upgrade, giving Transwestern good material to work with as it takes on its new assignment. “Once renovations at the development are complete, Houston Center will have the most amenity-rich office environment in the Central Business District and will be the premier location to attract and retain employees,” David Baker, an executive vice president with Transwestern, said in a prepared statement.

Transwestern will have its hands full, as the nine-acre Houston Center is the largest property in the city’s CBD. Furthermore, the complex was just 71.6 percent leased when it changed hands in December 2017.

The impact of the energy downturn and 2017’s Hurricane Harvey have taken a notable toll on the Houston office market. However, there’s light at the end of the tunnel.  One of the positive signs, according to a Transwestern report, is the fact that the fourth quarter of 2017 marked the second consecutive quarter of a decrease in total availability.

“After suffering through the worst of the effects of the energy downturn, the Houston office market appears poised to begin a tangible recovery in 2018 as WTI [crude oil] prices have settled over $60 per barrel, more favorable corporate tax rates are set to kick in and a strong national economy has consumer confidence near 20-year highs,” per the Transwestern report.