These cities were the region’s best performers, according to CommercialEdge data.

Photo by BruceEmmerling via Pixabay.com

Although interest rate hikes and ongoing challenges with construction materials and labor continue to rock the office sector’s boat, the industry holds firm against challenging economic conditions. According to CommercialEdge data, office deliveries between January and October 2022 amounted to nearly 47.7 million square feet of space, with nearly 4.2 million square feet of space located in the Southeast region. This accounts for 8.3 percent of space delivered over the same period of time.

Most of the completed projects are heavily concentrated in a few markets, with the top five for office deliveries encompassing more than 3.9 million square feet—95 percent of the total. The list below highlights the top markets for office deliveries in the Southeast region between January and October 2022, based on CommercialEdge data. 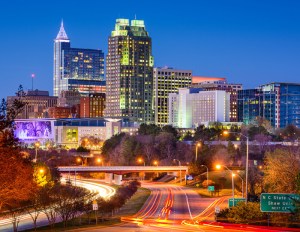 The tech and life sciences sectors continues to be at the forefront of Raleigh-Durham’s development activity. As a result, the metro saw more than 1.3 million square feet of office space across 11 properties delivered year-to-date through October, accounting for 1.5 percent of total stock and 0.9 basis points above the national rate of 0.6 percent.

In the Research Triangle Park submarket, three office properties totaling 488,000 square feet were finalized between January and October. The largest completion consisted of CBRE Investment Management’s Park Point-Edge, a 100-acre project which broke ground in 2019 and was completed in early 2022. The office portion of the $160 million adaptive reuse—known as Park Point-Edge East and West—encompasses a total of 328,000 square feet. 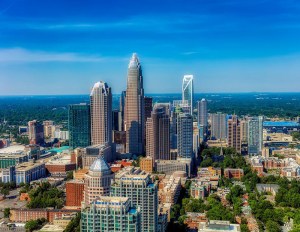 Developers in Charlotte kept busy in the first ten months of 2022, focusing on mixed-use buildings, as well as headquarters or corporate campuses. In total, they completed seven projects with a combined square footage of 690,000 square feet, or 0.8 percent of total stock.

This represents an 84.5 percent decrease from the previous year, when 4.4 million square feet came online during the same timeframe. Another 8 million square feet was under construction at the end of October, accounting for 9.3 percent of existing stock.

The largest delivery in the metro consisted of Invesco Real Estate and The Spectrum Cos.’ Vantage South End-East Tower, a 286,235-square-foot, 11-story office building in the Midtown-South End submarket. The joint venture kicked off the construction process in October 2020 and completed work last September. Tenants include Alston & Bird, Brightspeed and Armstrong Transport Group. 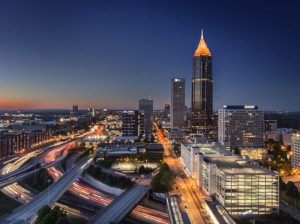 Image by ericstokley via Pixabay.com

The pandemic has impacted office development activity in Atlanta as well, resulting in nearly 1.6 million square feet of new office space delivered year-to-date in October, accounting for 0.7 percent of total stock. Last year, office deliveries in the metro during the first ten months of 2021 totaled 4.3 million square feet—63.0 percent more than in the same period this year. An additional 5.9 million square feet was under construction as of October.

The largest project to come online year-to-date in October was a 644,000-square-foot project constructed by a joint venture comprising MetLife Real Estate Investment and Granite Properties. Known as Midtown Union, the 26-story building is anchored by Invesco, which occupies nearly half of the asset’s office portion. Construction started in December 2019, while the partnership completed the project last summer.

In the Winston-Salem–Greensboro metro, three projects totaling 230,200 square feet of office space were completed year-to-date through October, 0.7 percent of existing stock. Office construction activity was more significant in 2022, as last year no office projects came online in the market. Meanwhile, the metro’s active pipeline as of October consisted of a 180,000-square-foot project.

The largest office asset delivered in the metro was MedCenter Greensboro at Drawbridge Parkway, a 160,000-square-foot medical office project in Greensboro, N.C. Healthcare Realty broke ground on the property in 2020, completing it in early spring. Also nearby, Brown Investment Properties completed 1007 Battleground Avenue, a 54,000-square-foot office asset in the West Greensboro submarket.

Developers completed one office project totaling 107,000 square feet year-to-date in October, equal to 0.6 percent of total stock. This represents a 52.2 percent decrease from the same period last year, when a 224,300-square-foot office property came online. As of October, six properties encompassing nearly 690,000 square feet of office space were underway in the metro.