The transaction marks the third change of ownership for 1221 City Center, an iconic office property in the central business district, over the past six years. 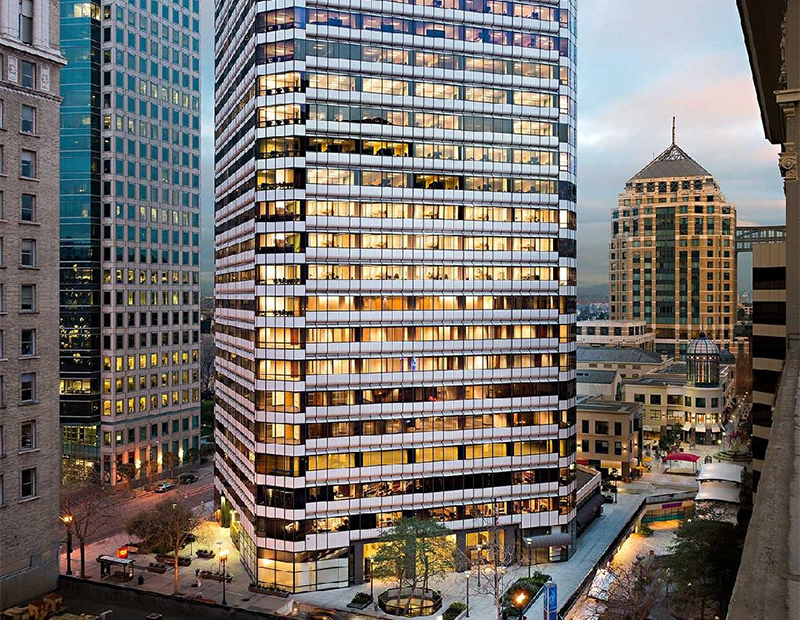 TMG Partners and KKR continue to act on their newfound fondness for the Oakland, Calif., market with the acquisition of 1221 City Center, an iconic office tower in the city’s central business district. The joint venture partners acquired the 522,000-square-foot high-rise from UBS Realty Investors. Newmark Knight Frank orchestrated the sale on behalf of the seller and arranged acquisition financing. The deal marks TMG’s fourth transaction in Oakland and KKR’s third investment in the city since 2017.

TMG and KKR had agreed to pay approximately $255 million for 1221 City Center this October, according to a San Francisco Business Times article. Parties involved in the transaction have refrained from publicly revealing the sale figure. However, Steven Golubchik, vice chairman with NKF, said in a prepared statement, “As the largest single-asset sale in the history of Oakland, this transaction speaks to the strength of the Oakland market.”

The 24-story tower located at 1221 Broadway first opened its doors in 1976. Today, the LEED Platinum-certified property holds the distinction of being one of only three buildings in the Bay Area with a direct connection to the BART system. The property is 99 percent leased to a roster of tenants that includes Union Bank, Stanford Health Care, Parsons Brinkerhoff and onetime building owner The Clorox Co. 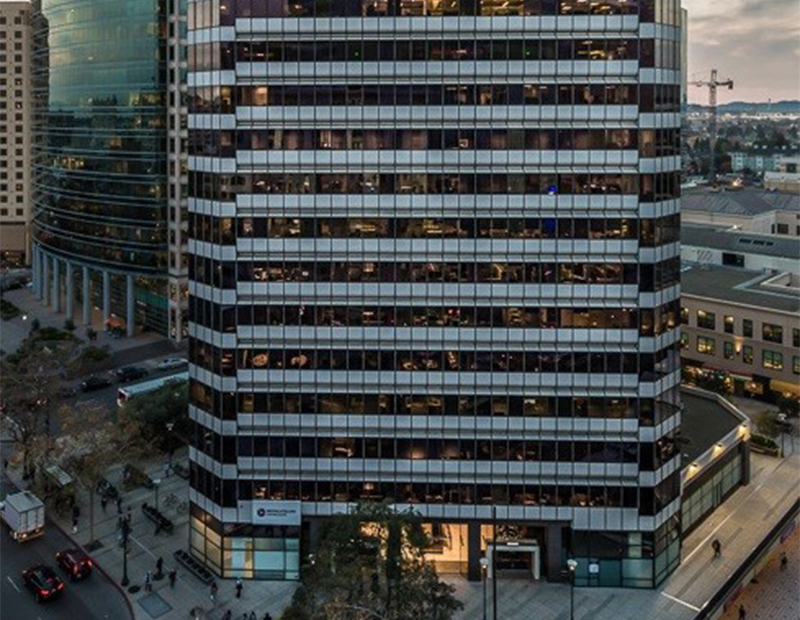 The transaction represents 1221 City Center’s third change of ownership in six years. In late 2012, Westcore acquired the asset from Clorox in a partial sale-leaseback deal for $110 million. In late 2015, UBS Realty purchased the property from Westcore for $164.4 million.

TMG and KKR’s acquisition of 1221 City Center is the partners’ second joint purchase in Oakland year-to-date. They snapped up 1330 Broadway, a 320,000-square-foot building located less than 350 feet from the City Center property, for $173 million in July. There’s more to come from the partners.

“We expect that the Oakland office market will continue its positive trajectory because of strong tenant demand and extremely limited supply,” David Cropper, director of development with TMG Partners, said in prepared remarks. “We look forward to broadening our partnership with KKR in the future.”

A third quarter 2018 report by NKF supports TMG’s assertion about the future of the Oakland office market. The upswing in rents that began in 2016 continues unabated and subleasing is on the rise. Additionally, gross absorption is on track to continue to increase “given that demand from San Francisco tenants seeking affordable rents or large blocks of space will lead to transactions for newly deliverable space in Oakland between 2018 and 2020.”