The New Lineup of Debt Players

Why a growing number of developers and investors are discovering an attractive new line of business in lending. 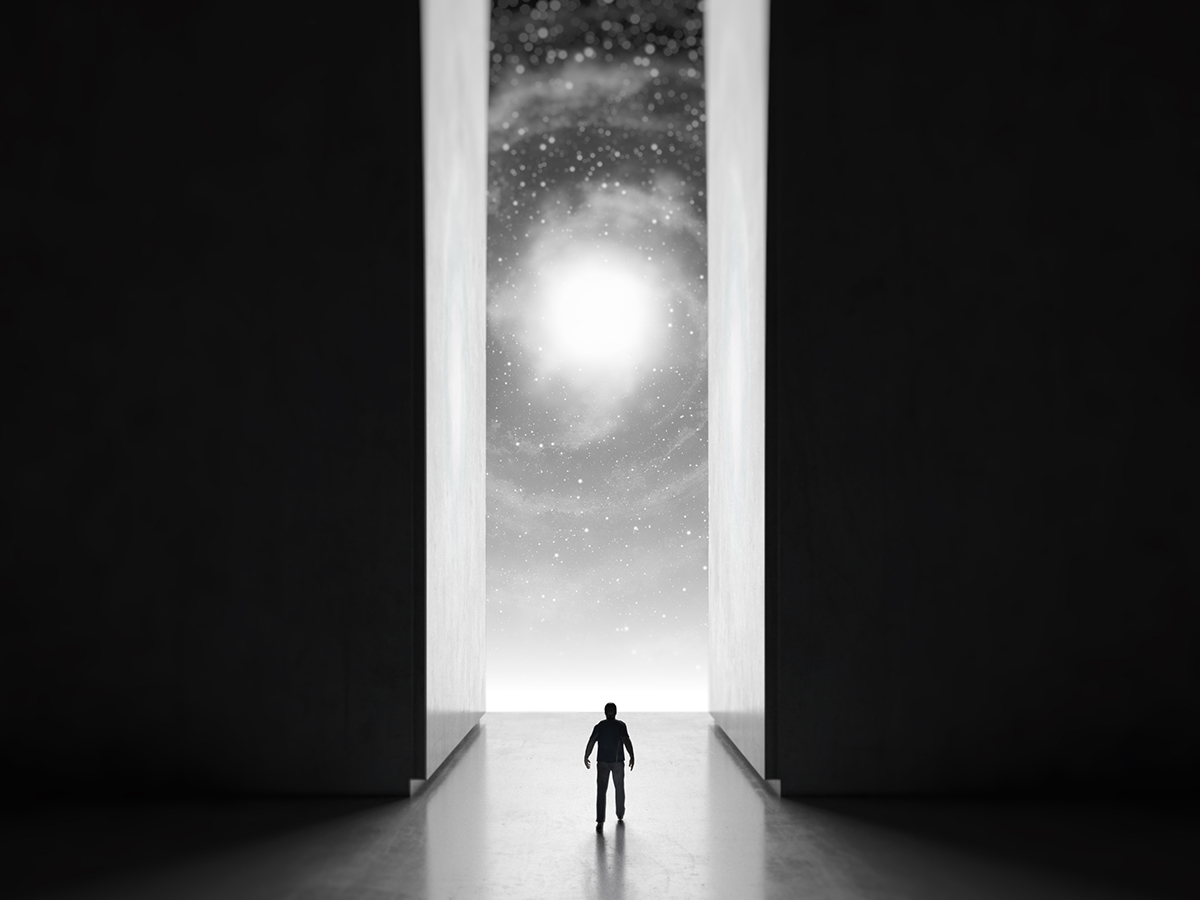 These days, the debut of a new debt fund launch is usually news of the dog-bites-man variety. Not so one announced in January. True, some of its particulars are routine enough: first-lien and mezzanine loans for bridge and construction  projects, principal amounts ranging in size from $3 million to $100 million.

But this launch exemplified a striking trend in lending. The new entrant into the debt fund space is Lightstone, the diversified investor-developer. Led by Eugene Rozovsky, senior vice president of real estate debt strategies,  Lightstone Capital will provide first-lien and mezzanine loans for bridge and construction financing projects secured by land and transitional real estate assets. Its announced 2019 production target is $500 million.

In unveiling its new debt fund, Lightstone joined the ranks of investors and developers that have added lending to their services.  Recent entrants include  Silverstein Properties Inc. (SPI), which opened the doors to Silverstein Capital Partners in September; The Moinian Group, which launched Moinian Capital Partners in February 2017 and tapped Jonathan Chassin as its managing director; Slate Property Group, which debuted SPG Capital Partners in February 2018; and other familiar names like RXR Realty, Kushner Cos., Mack Real Estate Group, Related Cos. and SL Green Realty.

The impact of these new players on the dynamics of the capital markets, and on the availability of financing, is unmistakable. Alternative lenders such as mortgage REITs and debt funds are expected to post the strongest growth in originations among capital sources this year, according to the Mortgage Bankers Association’s 2019 Commercial Real Estate Finance Outlook Survey; 49 percent of respondents expect alternative lenders to increase originations at least 5 percent this year, the most positive projection for any category of lenders.

Capital has been shifting to debt funds, perceived as lower risk, for the past five years, noted Chris Moyer, managing director for equity, debt and structured finance at Cushman & Wakefield. Such sources as REITs, finance companies and debt funds accounted for 25.3 percent of loan closings in 2018, up 20 percent from the fourth quarter of 2017, CBRE reports. That trend unfolded even as clarification of guidelines for lending on high-volatility commercial real estate assets (HVCRE) helped bank lending rebound 10 percent year-over-year in the fourth quarter of 2018.

Behind the push for developers to become lenders are regulation-driven bank pullbacks as well as end-of-cycle jitters, “We are continuing to step into the vacuum,” said Richard Mack, CEO of Mack Real Estate Group, which launched Mack Real Estate Credit Strategies in October 2014. “What banks used to do in terms of bridge lending, construction lending and other types of transitional, floating-rate, short-term loans—that business is more and more dominated by non-bank lenders,” he said.

As of early February, Silverstein Capital was in the final stages of four New York City-area deals representing some $600 million in value. So far in 2019, the firm is looking at about 25 deals worth about $4 billion, May reported. Last year Silverstein Capital passed on about $10 billion in potential deals. Silverstein’s new lending business builds on decades of experience as a developer-owner-investor: strong relationships, the deep pockets of its fund sponsors, the ability to be nimble with deal structures, the experience of the Silverstein team and May’s own background as a lender.

Silverstein’s decision to enter the debt side of the business came about in part as a way to create upside when the company was a runner-up on bids for properties. As a lender, Silverstein could stay involved with a deal when the new owner needed financing, say $80 million on a $100 million purchase. “That’s a lot for a traditional lender to lender to offer,” observed Michael May, president of Silverstein Capital Partners. “It’s very difficult for the traditional banks to lend at that kind of leverage.” May said that the Silverstein Capital team was in a position to approach the new owner and say, “We really understand this building and we were prepared to own it. We don’t mind lending at $75 million or $80 million.”

One of the deals May expects to close shortly—an approximately $100 million piece of a larger syndicated loan—is on an office, retail and residential property that Silverstein had competed for. The resources and institutional knowledge invested in such bids provide valuable insights when Silverstein puts on its lender’s hat. “We’ve already gone through it from the equity side,” May said. “It also allowed sourcing to be more creative to understand some of the operational risk better and to move faster than if they were starting from scratch as a traditional lender.”

MRECS, led by Richard Mack and former Blackstone managing director Peter Sotoloff, has closed about $9 billion worth in loans to date and is considering about $3.25 billion in opportunities for the first half of 2019. “We’re continuing to ramp up the platform, and I think the pace has accelerated over the past year and a half,” Mack said. So far, the firm has primarily been a first-mortgage lender, with originations averaging around $150 million.

When working with their borrower clients, recent entrants from the development sector like to stress their bona fides as builders. “We understand the development business and the nuances. We’re very comfortable with that,” noted Josh Zegen, co-founder & managing principal of Madison Realty Capital, which was a lender before adding an equity platform. “As a developer, I understand what I would want out of a developer.”

Debt accounts for about 70 percent of the firm’s portfolio, with equity investments representing the remaining 30 percent. Madison Realty Capital has completed lending transactions totaling nearly $10 billion and tallied a company record $2.4 billion in volume last year, up from $1.5 billion in 2017. “Some funds only want to do big deals. We still do $10 million and $20 million deals,” Zegen said.

About 70 percent of the firm’s lending occurs in the New York metro area, but Zegen said that MRC will also consider doing a small deal in a market where the company has scale, such as Houston. In early January, the firm provided a $28 million first mortgage loan to a joint venture of two Houston-based medical office development firms to help renovate a 191,676-square-foot Class A medical office building at 1917 Ashland St.

Many new players in the market are seeing workout deals as loans mature and don’t know how to handle them—and he’s willing to step in. “We’ve bought a couple of loans already,” Zegen said. “I am definitely seeing that dynamic.”

Columbia Pacific Advisors, a Seattle-based real estate investment firm, may not yet have the scale of a Madison Realty capital, MRC but is similar in some ways – it can close loan deals fast, has a small investment committee and gets a lot of repeat business.

“In every product type, people need money fast and for a short period of time or need a higher level of confidence in closing that banks can’t offer,” said Billy Meyer, Columbia Pacific managing director.

In 2018, Columbia Pacific did nearly $350 million in loans and expects to close more than $200 million in the first quarter. With more than $2 billion in assets under management, the firm has originated more than $1 billion in short-term debt on deals ranging from $5 million to $75 million since 2011.

Deals have included senior housing, affordable housing, office, retail, industrial, hotels, mobile parks and a tiny home park near Salem, Ore., that received a $10.25 million, two-year interest-only loan in May 2018 to increase the number of pads, remodel a clubhouse and build a 160-unit self-storage facility.

A big part of Columbia Pacific’s business is borrowers with value-add properties. Cushman & Wakefield’s Moyer calls it the “buy it, fix it, sell it” strategy. “That kind of value-add couples nicely with debt money,” he said. “I would say that probably 40 to 50 percent of our business in the last year was in this light transition, value-add debt space.”