The Debt, the Deficit and Commercial Real Estate

Concerns about the federal debt are taking a back seat in the COVID-19 crisis. Paul Fiorilla of Yardi Matrix offers a deep dive into the implications for commercial real estate finance.

Signaling a shift in consensus economic thinking in the 1960s, Nobel Laureate economist Milton Friedman was famously quoted as saying, “We’re all Keynesians now.” The COVID-19 pandemic may have just produced a modern equivalent: We’re all modern monetary theorists now.

The MMT phrase may be less pithy, but the shift in economic orthodoxy is every bit as jarring. For decades, the growing federal debt has been a central issue in national policy debates, with conservative economists warning about the dangers of debt and liberals supporting higher levels of debt to fund social services.

In recent years, a different, more permissive view of debt, dubbed modern monetary theory, has emerged. MMT theorists downplay the dangers of high debt levels, viewing it in descriptive rather than qualitative terms—essentially as what the federal government owes to itself in Treasury bonds. MMT has been viewed as an interesting but quirky academic theory, even as conservative concern about the deficit waned for lack of political sponsorship. Republicans were unlikely to inveigh against debt in light of the increased federal budget deficits that followed the Tax Cuts and Jobs Act of 2017.

If the deficit-hawk view had already been on unsteady footing, the pandemic response has knocked it into a cocked hat. The unprecedented shutdown of large segments of the U.S. economy prompted hasty passage of a $2 trillion-plus emergency aid package, and both the House and Senate are working on plans for additional hundreds of billions of dollars in aid. Unlike the aftermath of the 2008 recession, when Republicans fought to limit the stimulus bill, the only disagreement now is not about how much to spend, but how the aid will be distributed.

“In the short term, the government needs to spend what it needs to spend to end the crisis,” said Bernard Yaros, an economist and assistant director of federal fiscal policy at Moody’s Analytics.

Keith Hall, former director of the Congressional Budget Office and now a professor at the McCourt School of Public Policy at Georgetown University, concurs. “The problem isn’t over the short term,” he said. “It’s not unsustainable over the next year or five years, but over the next few decades the path is unsustainable.”

For commercial real estate, the deficit is not a theoretical issue. The deficit plays a role in the level of interest rates, which is the central metric around the cost of capital and how properties are priced. The correlation between interest rates and property yields—and the premium over the 10-year Treasury to buy properties—is a perennial topic of hot debate. The deficit also plays a role in federal tax and spending policies that have a direct impact on the industry.

The commercial real estate industry has generally favored policies with low taxes and less regulation. Yet in the wake of the shutdown of large parts of the economy due to the pandemic, the federal government’s assistance is being sought—and gratefully accepted—on multiple levels. Recent emergency measures encompass, for example, aid to small businesses that will help tenants to pay rents; mortgage forbearance policies to avoid mass defaults; and Federal Reserve purchases of commercial mortgage-backed bonds to maintain liquidity in the debt market.

Meanwhile, industry trade groups such as the National Multifamily Housing Council and CRE Finance Council are lobbying the government to do more. They advocate increased aid for both renters and owners of rental housing; expanding mortgage forbearance programs to property types other than multifamily; and the creation of a Federal Reserve credit facility to help mortgage servicers make advances on delinquent loans.

The federal debt has ballooned since the Great Recession in 2008, and debt held by the public stands at $17.6 trillion, or 81 percent of GDP, according to the U.S. Treasury. The Congressional Budget Office’s latest baseline forecast as of March 6, before the coronavirus aid packages were passed, projected debt to increase to $29.5 trillion by 2030, up to 97.8 percent of GDP. Those debt projections are certain to be adjusted steeply upward in the next forecast.

If debt is inevitably growing, the question is how that will affect the economy. The traditional view is that as the government sells bonds to pay off the debt, the supply of debt relative to demand will push rates higher. But Treasury yields have declined to historical lows—the 10-year Treasury yield was less than 0.75 percent in mid-April Congressional Budget Office Congressional Budget Office—because demand remains strong, even as supply grows. Why? The main reasons are growth in the amount of capital held by institutions that needs to be invested, and that investors see the U.S. government as a safe haven and a better value relative to other sovereign bonds.

That the orthodox model hasn’t worked recently has helped shift the debate in the direction of modern monetary theory, which posits that the government should play an active role in the economy by— among other things—funding full employment.

Modern monetary theorists have proposed that the federal government create a full employment program that funds locally administered jobs. Federal spending would increase in downturns as people lose jobs, but the program would allow them to retain skills and enable the economy to recover more quickly. Whether that policy ever becomes law is unclear, but in the light of the emergency package that increases unemployment benefits and sends checks to every U.S. household, it no longer seems radical. 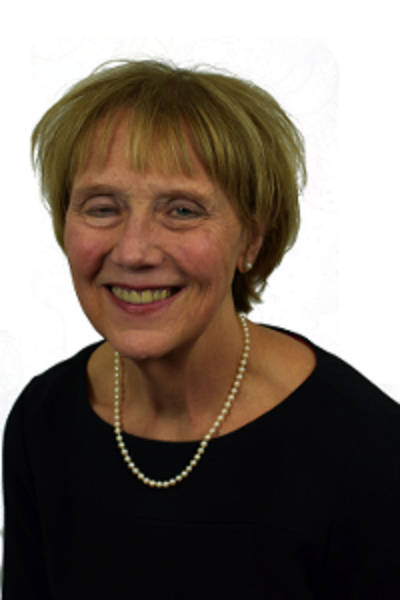 Large deficits have tangible drawbacks, though. Interest payments on the debt grow as the amount of debt rises. As interest rates have fallen in recent years, the debt service payments become less onerous. However, if rates rise, the debt service payments will consume a greater share of federal spending. “We can tolerate higher debt levels than we thought previously, as least as long as interest rates remain low,” observed Nancy Vanden Houten, lead economist at Oxford Economics in New York City.

Another drawback to higher levels of debt is that it becomes more difficult politically for Congress to allocate funds for goods, services and projects, such as infrastructure and education, that promote economic growth and directly benefit commercial real estate. Cities with highly educated workforces have an advantage in attracting knowledge-based jobs. Meanwhile, investing in infrastructure to improve rail lines, bridges and roads helps metros plagued by worsening traffic and poor connections between submarkets.

Is There a Breaking Point?

The consensus among economists has coalesced around the view that the U.S. can run larger deficits than previously believed without harming the economy. But is there a point at which the debt will prove to be damaging? Most economists would say yes, though there is no consensus about what level constitutes a breaking point.

Yaros of Moody’s Analytics said that a study by Moody’s determined that the “point of no return” would come when debt reached 260% of GDP. “The takeaway is that over the long term, (debt) is corrosive, but high levels of debt isn’t an issue until we hit the breaking point where debt spirals out of control and investors lose faith in the U.S. economy,” he said.

Hall noted that the last five CBO directors and last four chairs of the Federal Reserve have called the growth in federal debt unsustainable. He said it is shortsighted to take the attitude that since nothing bad has happened, nothing bad will happen in the future. “We’re not claiming that a debt problem is imminent,” he said. “But at some point, this will become a problem.”