At IREM's Global Summit, the heads of four national organizations shared insights about expanding the industry's talent pool, managing Millennial workers and keeping up with technology. 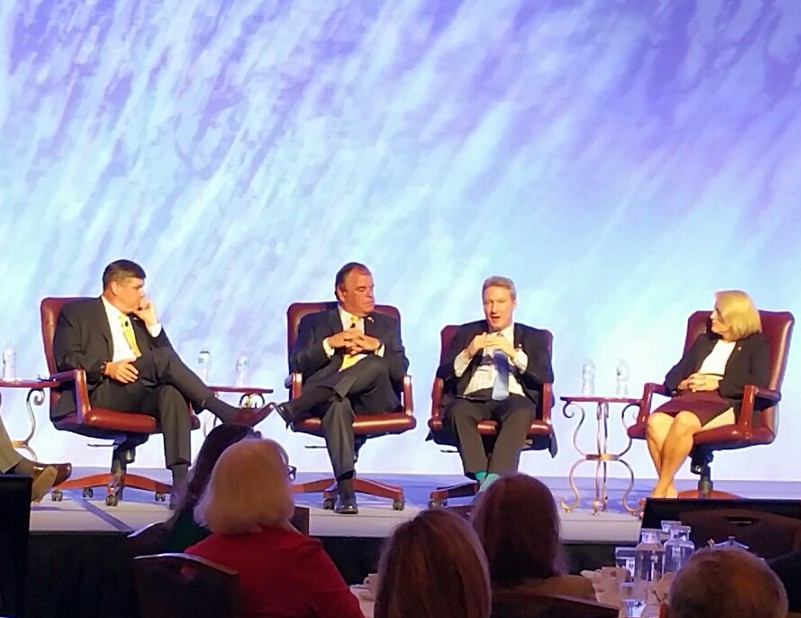 The association leaders who made a joint appearance at the Institute of Real Estate Management Global Summit last week offered diverse insights, but they agreed on at least one thing: For the real estate industry’s service providers, business as usual is not an option.

During a nearly hour-long conversation at the Chicago Hilton, the elected heads of IREM, Building Owners and Managers Association International, the National Apartment Association and the CCIM Institute addressed issues ranging from attracting talent and managing Millennials to technology.

“We’ve got to do things differently than we’ve done in the past, or we’re not going to be able to recruit that young rock star,” asserted Mike Lanning, IREM’s 2017 president and a senior vice president in Cushman & Wakefield’s Kansas City, Mo., office. Today’s employment scene is a seller’s market, he explained, and the seller is the job applicant.

Getting out the message about the rewards of real estate management careers is crucial, the panelists added. “We need to go beyond college and start with high school,” said BOMA International Chair & Chief Elected Officer Robert Brierley, whose day job is managing director of real estate management services in Colliers’ Boston office. To entice young people who are eyeing law, finance or project management, for example, Brierley likes to tell prospective recruits that the real estate manager’s role often touches on all three of those areas.

The panelists reported that their organizations are working on multiple fronts to expand the industry’s talent pool. For example, CCIM, IREM and SIOR are collaborating on a high school outreach program, explained Robin Webb, CCIM’s president and an Orlando-based principal with NAI Realvest. A similar project is under way at NAA, noted Cindy Clare, the organization’s president and president of Kettler Management. Lanning stressed the importance of expanding the talent search to other industries, and all four organization leaders described campaigns to foster diversity.

Another challenge is grooming a new generation of leaders. John Salustri, the veteran real estate journalist who moderated the panel, cited a principle championed by the consultant Christopher Lee: Hire for succession, not just to fill a position. Elaborating on that idea, Clare advised, “Make sure the people you’re hiring are interested in the field and want to grow.“ The panelists agreed that building a pool of potential top executives is important, but as Brierley pointed out, “You need to have some utility players as well as your leaders. Not everyone is going to be a CEO.”

Hiring and grooming talent today is inextricably linked to managing Millennials, that crucial and often misunderstood cohort. “Millennials are no more generic than any other generation,” Webb noted. Clare disputed the stereotype that the group’s members are slackers, describing today’s young workers as productive multitaskers who want to be constantly engaged. “I think they work just as hard” as their older counterparts, she maintained, but warned, “You’ve got to give them things to do. If you don’t, they’re gonna go.”

Changes wrought by the digital age, as well as digital-savvy Millennials, also surfaced. Thousands of technology startups offer real estate products; Lanning compared the effort to keep up to an endless game of whack-a-mole. And Clare remarked on a similarly overwhelming task: harnessing the vast volume of data created today. “We spend so much time trying to analyze the data that we can’t make a decision,” she said.