Commercial Banks and the Capital Markets

As 2017 approaches the midpoint, the capital markets remain bullish on real estate, and commercial banks are among the most active lenders.

As 2017 approaches the midpoint, the capital markets remain bullish on real estate, and commercial banks are among the most active lenders. During the first quarter, for example, their lending accounted for 25.5 percent of loans closed by CBRE Capital Markets, second only to the 34 percent share registered by life companies. Solid as it is, this showing represents a significant decline from the first quarter of 2016, when banks took a 43 percent share of CBRE’s closings. The downshift is not for lack of interest on the banks’ part, however.

Last year, “the banks were all viewing commercial real estate lending as a great asset class with risk-adjusted yields that were quite attractive. They wanted to be in the space,” said Brian Stoffers, global president of debt and structured markets for CBRE’s capital markets business. “The regulators put their foot on the brakes and said, ‘Not so fast.’”l

As a result, banks pulled back, especially on construction lending. “They are still closing, but the change in velocity is palpable,” he said.

It’s also “a convoluted mess,” according to Alex Inman, a Dallas-based senior vice president for Walker & Dunlop’s Dallas office, who arranges financing from sources including the government-sponsored enterprises, CMBS lenders, banks and life companies. “Banks have interpreted the regulations differently,” he said. “The response you hear from lenders is, ‘I have capital for construction projects, but it’s not going to be super-competitive or ultra-aggressive because we need to see some of our current outstanding loans pay off.’” 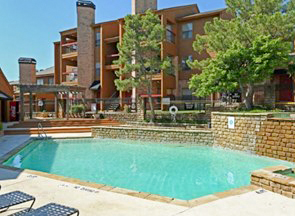 As recently as March, the Kroll Bond Rating Agency estimated that banks would increase construction and development lending in 2017 following strong showings in 2016 and 2015. But bankers anecdotally confirm a slowdown. “Availability of project loans for new development clearly has become more difficult to obtain if you are a borrower or a developer,” reported Norman Nichols, executive vice president & head of income property and community development lending for KeyBank.

“It’s a function of where we are in the economic and valuation cycle,” explained Mark Myers, executive vice president & head of commercial real estate at Wells Fargo. The impact has been particularly acute for construction lending because of its lead time and comparatively higher risk profile.

Project sponsors should expect leverage in the 50 to 60 percent range, Inman advised. “We’re also seeing construction lenders require more recourse from borrowers as opposed to the higher-leverage, non-recourse loans we saw being done 24 to 36 months ago.”

One recent deal took Inman almost 18 months to capitalize. A lender had tentatively signed on, but when the terms changed after review by the loan committee, the client had to start over. A regional bank eventually agreed to fund the deal on the condition that it would limit its exposure by teaming up with a second bank.

Rising prices and falling cap rates and yields have changed the dynamics for acquisitions of existing multifamily product, too. Earlier in the cycle, an investor could buy a community without needing a bank’s bridge loan, Inman recalled. “But pricing has gotten higher and cash flow is getting thinner,” he said. “Cap rates are lower, and now the deals don’t qualify for competitive permanent lending from day one.”

This spring, Inman and his colleague Jon Hyduke, a Walker & Dunlop vice president, arranged $99.7 million in acquisition financing for a longtime client; the owner is eyeing renovations for its new purchase, a 1,795-unit, Class B multifamily portfolio in Texas. A large regional bank is providing six three-year bridge loans at attractive interest rates and a 75 percent loan-to-cost ratio.

Nichols noted there has been no dramatic pullback in the availability of term loans, permanent loans or refinancing for cash-flowing or near-stabilized assets, which collectively make up a significant share of Key’s real estate lending business. Such loans are considered safer than those for construction, he added.

But lenders have stepped up underwriting discipline. “Banks are demanding more equity, demanding higher returns,” he explained. “Clearly there is evidence of it, even for cash-flowing and stabilized assets, compared to (before the) financial crisis.” Multifamily properties have accounted for the vast majority of Key’s project finance originations in the past year because of the sector’s strong fundamentals, followed by retail, office and industrial.

Stabilized multifamily properties likewise make up the bulk of real estate originations at Investors Bank, a New Jersey-based institution focused on the Northeast, reports Joseph Orefice, head of commercial real estate lending. A modest post-election spike preceded “a pretty strong first quarter,” he said, with 2017 “on pace to be consistent with past years.” One priority is broadening its client base to other asset categories, particularly industrial.

Most loans feature five-year fixed rates ranging from 3.5 percent for multifamily to the high 3 percent range for other categories. Loan-to-value ratios reach 70 percent for acquisitions and 65 percent for refinancing, he noted.

At TD Bank N.A., “the amount of lending is somewhat muted compared to 2016,” even though the bank finds core real estate fundamentals still sound, confirmed Gregg Gerken, executive vice president & head of commercial real estate lending. Its transactions totaled $5.3 billion in 2016, up from $5.1 billion the previous year, even as the number of loans declined slightly from the 300-plus it closed in 2015. This year, Gerken expects volume somewhere in between the 2015 and 2016 totals.

For one high-profile deal last year, TD Bank joined the high-powered syndicate that is providing $1.5 billion in construction financing for One Vanderbilt, the 1.6 million-square-foot trophy tower rising next to Manhattan’s Grand Central Terminal. Also participating are Wells Fargo, Bank of New York Mellon, J.P. Morgan Chase and Bank of China. TD Bank is a future tenant as well as a lender, and will take 200,000 square feet of office space plus a ground-floor retail location.

Borrowers looking to TD Bank for construction lending can expect rates in the high 4 percent range. Stabilized, high-quality properties that are moderately leveraged typically qualify for financing in the upper 3 percent range, with a three-, five- or seven-year term and an LTV between 55 and 65 percent. Much of TD Bank’s CRE lending is for multifamily properties, particularly affordable housing. Gerken called the industrial sector another bright spot, largely because overbuilding remains rare.

Wells Fargo’s Myers said that the bank will continue to pursue an active program that encompasses balance-sheet lending, CMBS, the GSEs and affordable housing. “It’s safe to say we’ll again be close to what we did last year, maybe down slightly,” he said. “I think there’s more interest, more activity, more focus from banks doing loans against stabilized assets, whether that’s acquisition or refinance.”

In particular, Myers cited lending activity in the industrial and office sectors. “(We) are active on both coasts and see good opportunities for us on the office side,” he said. “We’re following job growth.”

Originally appearing in the June 2017 issue of CPE.