StonebridgeCarras and PN Hoffman's massive $200 million mixed-use project in Bethesda, Md., has gotten a big financial boost with the partners' formation of a joint venture with Northwestern Mutual. 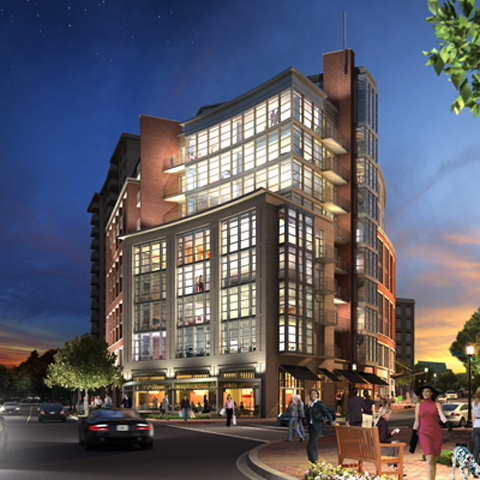 And they’re off! StonebridgeCarras and PN Hoffman’s massive mixed-use project in Bethesda, Md., has gotten a big financial boost with the partners’ formation of a joint venture with Northwestern Mutual. The $200 million development will add multifamily units and retail to the bustling suburban Washington, D.C., area.

Acting on behalf of StonebridgeCarras and PN Hoffman — who also count Buvermo Investments as an investment partner — commercial real estate and capital markets services provider HFF orchestrated the joint venture for the project, and had little trouble finding an investor. “It’s the largest undeveloped parcel in downtown Bethesda,” Alan Davis, senior managing director with HFF, told Commercial Property Executive. “There was interest from a variety of capital sources to capitalize that particular project.”

The development, designed by SK&I Architectural Design Group, will rise on what is now known as Lots 31 and 31A, parcels that StonebridgeCarras, PN Hoffman and Montgomery County have been working to redevelop for the last six years.

Ultimately, the site will be home to 250 residential units and 40,000 square feet of street-level retail space atop a 950-space public parking facility. The residential segment will consist of The Flats, which will feature 162 rental apartments, and The Darcy, a building with 88 luxury condominium residences. Already, PN Hoffman Realty L.L.C., tapped to spearhead condo sales at The Darcy, has had its hands full. “While we anticipated strong interest when opening the Darcy sales center a few months ago, the response has exceeded expectations and sales are ahead of schedule,” Monty Hoffman, CEO of PN Hoffman, said. “We have agreements for more than a third of the Darcy residences and interest continues to grow each week.”

The location and the vision for the mixed-use endeavor certainly captured the attention of investors. “There was strong interest in the residential and the retail aspect,” Davis said. “It’s a key development site and some of the best performing retail and residential metrics are in downtown Bethesda.” The quality of the sponsorship, he added, also played a large role in securing an equity partner.

With money and the requisite approvals in hand and general contractor Clark Construction onboard, the groundbreaking for the project is on schedule for January 2012.