The acquisitions mark a shift from a predominantly retail and self-storage focus. 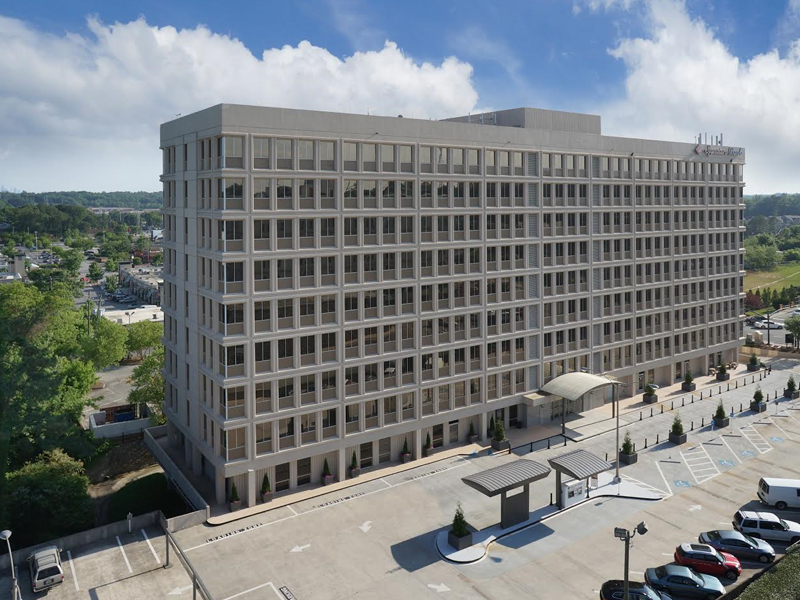 “These were off-market, opportunistic properties and in line with what we do, which is focus on core real estate,” Jason Linscott, Stein Investment’s chief investment officer, told Commercial Property Executive. “We’re seeing that in the Atlanta marketplace: It’s just the right time to buy because there is so much going on.”

The deals diversify the company’s portfolio, which was predominantly retail and self-storage, and mark its expansion into one of Atlanta’s hottest real estate sectors.

Located at 6065 Roswell Road, in the heart of Sandy Spring’s downtown core, Northside Tower features some 120,000 square feet of office space primarily catering to smaller tenants. It’s one of the area’s tallest buildings. Approximately 70 tenants comprise the roster, with Signature Bank the largest at approximately 9,000 square feet. It fetched a price of $13 million.

“It fits into a philosophy which is a little counter to what the market generally wants,” Linscott said. “Northside Tower has 70 tenants with an average of 1,200 square feet, so there’s a lot of smaller spaces with short-term leases. We like to deal with smaller tenants.”

According to Linscott, Stein Investment will spend more than $2 million into Northside Tower to continue its relevance in this iconic location. Upgrades include adjusting traffic patterns to improve parking-deck access; updating the ground-level facade to enhance the overall pedestrian appeal with a patio and street-level sidewalk access; and improving efficiency and function with energy management systems and modernized elevators, fixtures and facilities.

East Cobb Office Complex, a five-building property located at 1000 Johnson Ferry Road in Marietta, was purchased for $5 million. It features 60,000 square feet of office space and has a tenant roster of Atlanta Falcons Physical Therapy Centers, Allstate Insurance, Sheffrin Men’s Health and Creative Dentistry. It was 80 percent leased at the time of the sale.

The company will invest $1 million in the property, including making improvements to the façade and landscape as well as the driveway and parking areas.