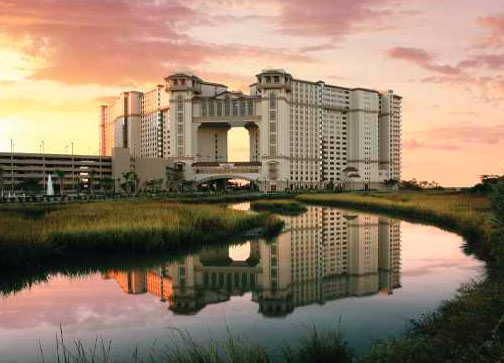 A Starwood Capital Group affiliate and South Street Partners have snapped up North Beach Towers, a two-tower condominium complex along the water in Myrtle Beach, S.C.  The partners are now the official owners of the 1 million-square-foot property, including the approximately 100 remaining unsold residences.

North Beach Towers sits on 7.5 acres within the 60-acre North Beach Plantation resort community. Created by Winchester Development, the condominium property made its debut in 2009 after a three-year building process spearheaded by Dargan Construction. The architectural firm of Pegram Associates Inc. designed the towers, which feature bridges linking the buildings at two different levels.

The fact that 220 of the units have been sold is more of a testament to the property than a reflection of the market. “The condo market along the coast, those are usually second-home sales and they have not been moving very well,” Nina Nash, president of residential real estate firm Century 21 Coastal Lifestyles, told CPE. “That price point is not really moving right now. The second-home market is really hard.”

A full recovery remains out of close reach for the Myrtle Beach condominium market in general, but the worst appears to be over. “Inventory is at least a year-and-a-half, and prices have dropped but they are probably as low as they’re going to go.”

For Starwood Capital, the purchase of North Beach Towers marks another significant move in the firm’s current investment game plan. “With this transaction, Starwood Capital Group has now purchased loans from 17 different U.S. and European banks over the last three years as part of its ongoing and successful strategy to acquire high-upside properties via discounted debt purchases,” Chris Graham, a managing director with Starwood Capital, said. “North Beach Towers is a perfect fit into that portfolio, and we intend to continue pursuing this strategy going forward.”

The firm’s loan purchases over the last few years include the January 2011 acquisition of a $157 million portfolio of non-performing commercial loans on assets in five states. Starwood Capital paid a major Midwest regional bank 40 cents on the dollar in that transaction.