Marking a growing trend among large companies, Sony Corp. is now putting up for sale one of its largest real estate properties. 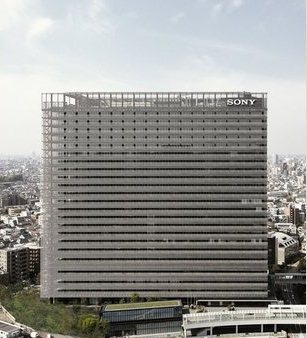 Marking a growing trend among large companies, Sony Corp. is now putting up for sale one of its largest real estate properties. Sony City Osaki is currently owned by the consumer technology giant, who is now looking to generate some income through the sale of non-core assets. The company is set to continue its focus on consumer electronics, and is put in the situation of having to balance its budget. The sale of Sony City Osaki, which is currently valued at around $1.15 billion but according to industry specialists could trade as high as $1.5 billion, would secure Sony Corp. with a welcome amount of capital.

Located in downtown Tokyo, the 25-story, 1.3 million square-foot building’s placement and characteristics make the property a desirable asset. Should the transaction be perfected at the expected price, it would be the largest real estate deal in the Japanese market in three years, a clear sign of what the market’s been looking like for the past few years. Sony City Osaki is the result of an ample redevelopment project that was completed in early 2011. The facility used to serve as the production spot for Sony’s successful Trinitron television set series until it was extensively renovated two years ago.

The structure has been equipped with BIOSKIN technology, an exterior system based on the traditional Japanese Sudare screens. The exterior shell effectively reduces the heat island effect through the collection of rainwater from the roof area. The water is fed through ceramic piping and distributed around the buildings. Through evaporation, the water then lowers the surface temperature of the porous ceramic piping and the adjacent air. The screen system also decreases the amount of direct sunlight, thus easing the load of the air conditioning installation.

Sony Corp. is currently also looking to offload its headquarters in the United States, which will in its turn bring in around $800 million once it is sold. The company is also looking to sell its battery unit, and it has recently completed the sale of its chemical products business.