Two decades in the making, the landmark office tower One Vanderbilt is 70 percent leased, but it comes online at a time of deep uncertainty in New York City's office market. 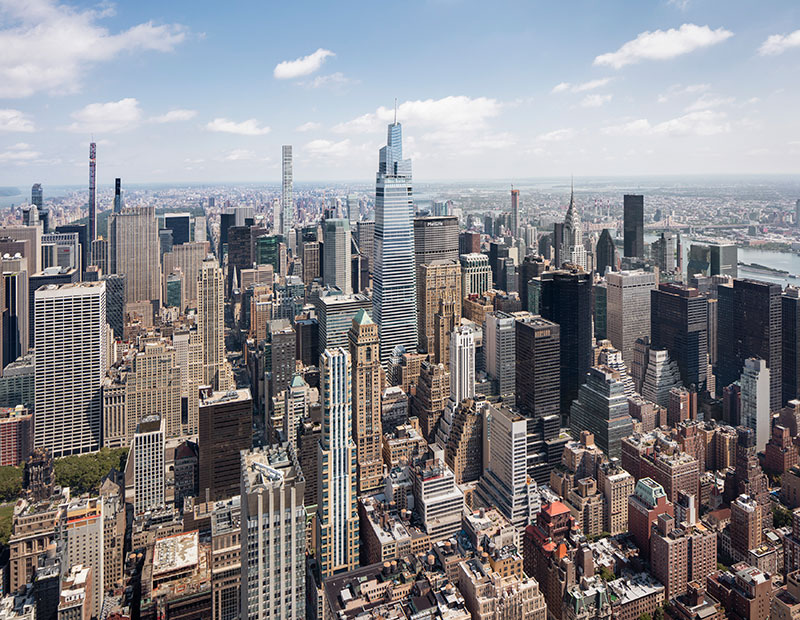 Developers SL Green and Hines have opened One Vanderbilt, the second-tallest skyscraper in New York City, with high hopes for the landmark project at a time when the city’s office towers are mostly empty.

Rising 1,401 feet in Midtown Manhattan, the project broke ground in October 2016 and topped out a year ago. The developers held a ribbon cutting ceremony on Monday for the 77-floor property that spans a full city block between 42nd and 43rd Streets, along Madison and Vanderbilt Avenues.

One Vanderbilt offers 1.7 million square feet of Class A office space with column-free interiors and floor-to-ceiling windows. The property is nearly 70 percent leased to a variety of legal, finance and real estate firms, including TD Securities and TD Bank, private equity firms The Carlyle Group and Oak Hill Advisors, law firm McDermott Will & Emery, SL Green itself and an assortment of other tenants. 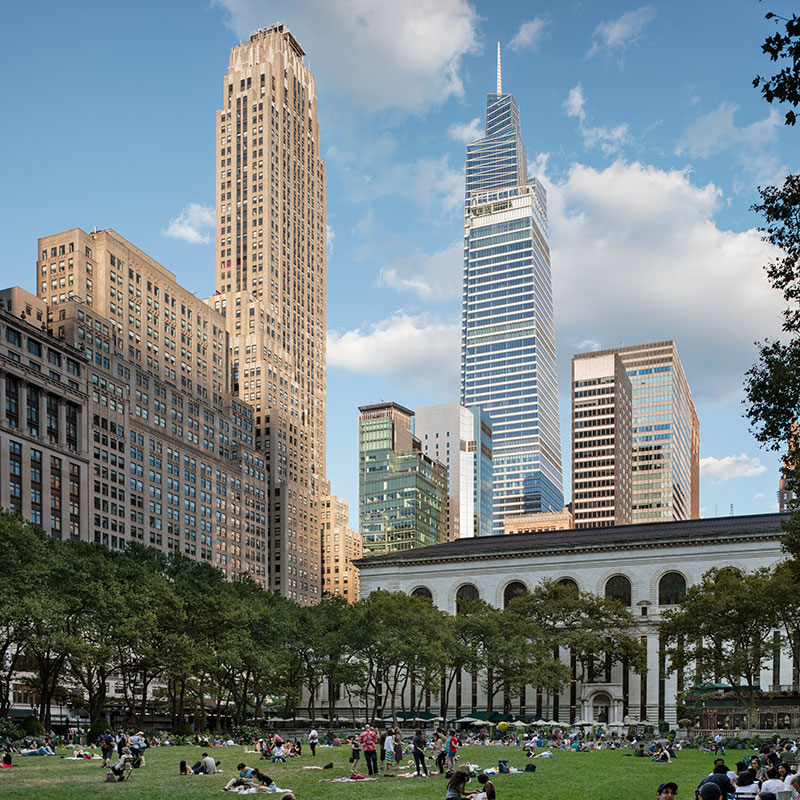 Designed by Kohn Pedersen Fox Associates, the property offers direct access to the adjacent Grand Central Terminal via an underground complex, as well as a 14,000-square-foot pedestrian plaza on Vanderbilt Avenue. By 2022, the tower is also slated to mesh with the East Side Access project, which will extend the Long Island Rail Road (LIRR) from Queens into a new station under Grand Central.

The project also features a 30,000-square-foot amenity floor with an outdoor garden terrace and the city’s second-loftiest observation deck, which is expected to open sometime next year.

SL Green equipped the tower, which is designed to receive LEED and WELL certifications, with $17 million worth of sustainability features that will help One Vanderbilt achieve one of the lowest carbon footprints for its size in the city. The property’s green technologies include high-performance glazing, 1.2-megawatt cogeneration and 90,000-gallon rainwater collection systems.

In view of prevailing public health regulations and concerns, the tower will also come with Silent Sentinel thermal imaging cameras that can scan 100 people per minute for elevated body temperatures, along with MERV-16 filtration for cleaner air. 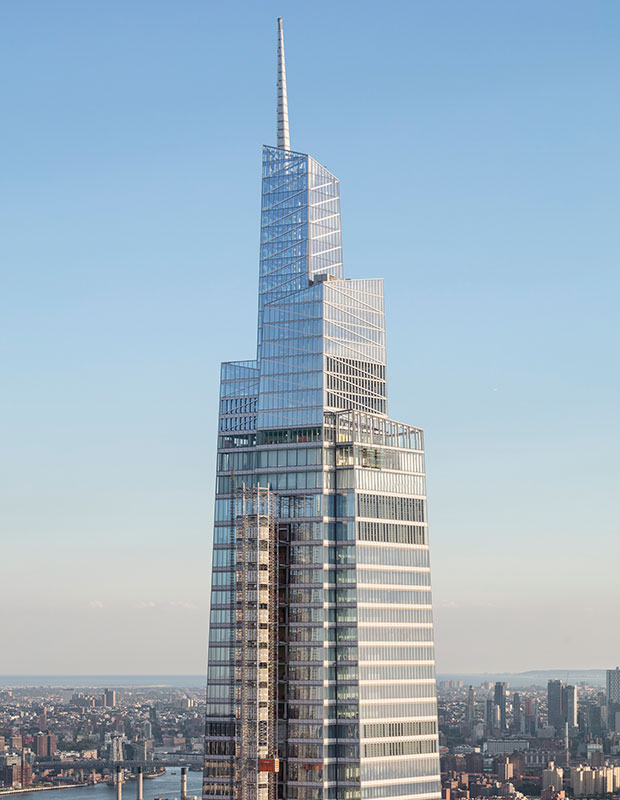 SL Green, the city’s largest commercial landlord, owns 71 percent of the project after forming a joint venture with Hines and the National Pension Service of Korea in 2017. The real estate investment trust assembled the site through a complicated series of acquisitions from 2001 to 2011. All told, the project cost $3.3 billion including $220 million for the public areas and infrastructure improvements.

Asking rents in One Vanderbilt range from $125 to $300 per square foot, according to a New York Post account citing an SL Green presentation from the end of last year. One Vanderbilt received its Temporary Certificate of Occupancy on September 11 and the first tenants are expected to move in by this coming November or December.

The tower’s opening comes at a difficult moment for New York City’s office market, with Midtown Manhattan largely deserted amid the aftershocks of the pandemic and the widespread adoption of work-from-home policies. Access control data from Kastle Systems shows that offices in the New York metropolitan area are just 13.8 percent occupied as of September 9. That figure grew by 1.6 percentage points from the previous week, suggesting that workers are making a tentative return to the office.

A series of large leases in the second and third quarters indicate that demand for office space isn’t completely dormant. Last month, FTI Consulting signed for 120,720 square feet across three entire floors at 1166 Ave. of the Americas, a Class A office tower between West 45th and West 46th streets.