The climbing deficit was a frequent topic at the National Association for Business Economics annual economic policy conference.

With the U.S. economy extending its growth streak past a decade, and recession forecasts getting pushed back to 2021 and beyond, it’s easy to lose sight of potential long-term headwinds. However, that doesn’t lessen the importance of issues such as the rising federal budget deficit, weak productivity and labor force growth, and climate change. 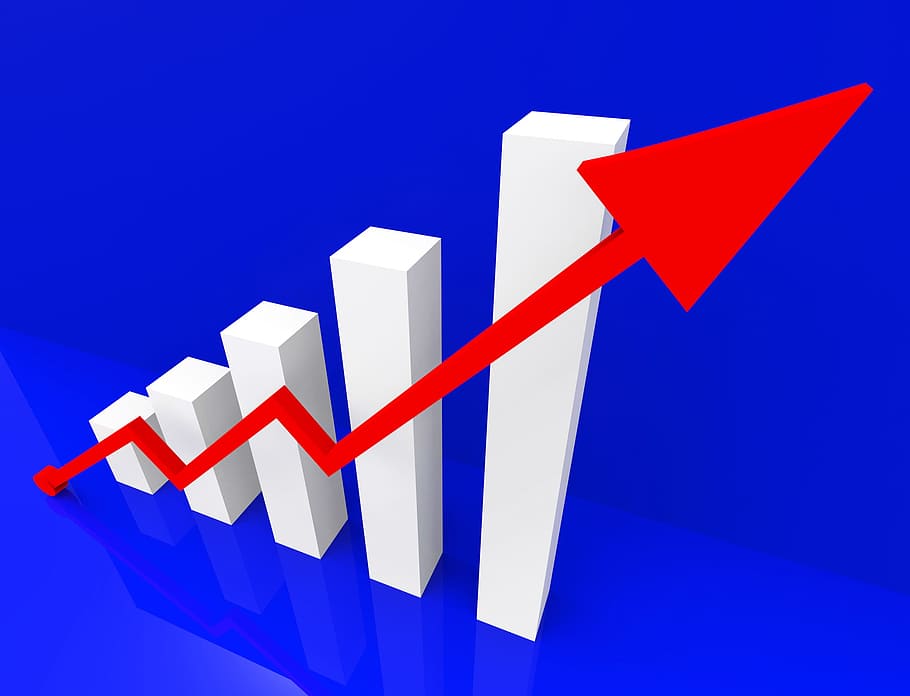 Most economists take a benign view of growth, even as the Coronavirus increasingly is creating turbulence in the financial markets. The outlook for commercial real estate, which is dependent on the health of the economy, remains largely bullish although concerns exist about potential headwinds such as retail store closings, a potential slowdown in exports, softening demand for office space and the difficulty in building affordable housing.

The Congressional Budget Office—reflecting the moderate-growth consensus—projects GDP to rise 2.2 percent in 2020 and continued gains near the 2 percent range for the next decade. Only 13 percent of economists surveyed by the National Association for Business Economics expects a recession in 2020, and half say there will be no recession until 2022 or later.

The CBO is also forecasting that unemployment rates will remain low, climbing from below 4 percent today to about 5 percent in 2025 before gradually dropping again through the rest of the decade. At just over 3.0 percent, wage growth is at its highest level since 2010, and the biggest gains are coming from workers in the lowest wage segment, according to CBO Director Phillip Swagel. The CBO also forecasts inflation to remain very close to the Federal Reserve’s 2 percent target range for the next decade. Low inflation rates benefit commercial real estate and can act as a buffer against a Fed move towards increased interest rates.

So why worry? Persistently high deficits in the federal budget is one concern. The CBO projects cumulative federal budget deficits of $12.4 trillion between 2020 and 2029, which is “uncharted territory” because the growing deficits are happening during the largest expansion in history, says Keith Hall, former CBO director, now a professor at the McCourt School of Public Policy at Georgetown University.

Speaking on a panel this week at the National Association for Business Economics annual economic policy conference, Hall noted that the federal government will spend 30 percent more than the revenue it takes in this year. And it will get worse. The federal government debt as a share of GDP is currently about 80 percent, the highest since World War II, and is projected by the CBO to reach 180 percent by 2050. Under current law, the CBO forecasts that in 2030 federal spending will encompass 23.4 percent of GDP while revenue will be at 18.0 percent. The 5.4 percent gap between outlays and revenue would be the largest ever.

Mainstream economists see the rising deficit as a challenge because it creates constraints on the government to focus on more productive expenditures, the interest payments will ultimately become burdensome and the competition to borrow with private capital will eventually drive up interest rates. “We have to take seriously the trajectory of the federal deficit,” said Douglas Holtz-Eakin, president of the American Action Forum and former CBO director. The deficit is “crowding out discretionary spending and things where we invest in the future.”

“We’re making a choice to not deal with the debt, the deficit,” said Hall. “If not now, when is the right circumstance? We’re waiting for a crisis. Then we will have to implement draconian policies.”

Are Deficits Even Bad?

Yet, there is a growing movement among economists, known as modern monetary theory, to downplay or even dismiss the importance of deficits. Asked about the relevance of deficits as part of a different NABE panel, Stephanie Kelton, professor of public policy and economics at Stony Brook University, said she only views government debt in descriptive terms. “The national debt for me is nothing more than the amount of dollars spent by government and not taxed currently held in U.S. Treasuries,” she said.

Kelton noted that although economists warned for years that a growing federal deficit would push interest rates higher, rates have fallen as the deficit grows because rates are controlled more by the Federal Reserve than market forces. Modern monetary theorists such as Kelton advocate that it is more important that the government balance sheet be used to fund stimulative programs than to worry about debt.

Modern monetary theorists have proposed that the federal government create a full employment program that funds locally administered jobs. Federal spending would increase in downturns as people lose jobs, but the program would allow them to retain skills and enable the economy to recover more quickly. Kelton said the model for a full employment program predicts that it would increase the deficit by a relatively modest 1.5 percent and could create 4 million private-sector jobs.

Speaking on a different NABE panel, Jason Furman, professor of economic policy at the Harvard Kennedy School and former chair of the Council of Economic Advisors under President Barack Obama, took a middle ground on the deficit issue. Furman said that for years he had participated in “pious declarations” that deficits would stifle economic growth, but he noted that the experience of the recent past has shown that the truth is more nuanced.

Furman noted that deficits have proven disastrous in some countries, while others have high levels of government debt-to-GDP with seemingly no ill effects. “Modern monetary theory has found a timeless truth—you have to think situationally,” he said. “If (federal) debt stabilizes at 100 percent of GDP, there is almost no conviction anymore that’s a problem.”

GDP growth averaged over 3.0 percent between 1950 and 2007, but since then, growth has cooled to about 2.0 percent and the forecast calls for slightly weaker growth going forward. One reason is that labor pool growth is shrinking. The CBO forecast for GDP is 2.0 percent for 2020-24 and 1.7 percent for 2025-30. In the 2024 period, labor is projected to rise by 0.5 percent with productivity growing 1.5 percent. Between 2025-30, labor growth will slow to 0.3 percent while productivity is projected to moderate to 1.4 percent.

The slowdown in labor force growth is a result of declining birth rate among U.S. citizens and limitations on immigration. Without different policies, and with unemployment so low, the only other means of increasing the labor pool is to get people who have left the workforce off the sidelines.

Productivity growth increased in the wake of the computer revolution in the 1980s and 1990s, peaking at an average 2.0 percent annually between 1991 and 2001, according to the CBO. But productivity growth fell to 1.1 percent annually between 2008 and 2019, and the CBO projects it to increase only slightly over the next decade. Speaking on a NABE panel, Huiyu Li, senior economist at the Federal Reserve Bank of San Francisco, said that the technology revolution improved productivity but also helped large firms compete with and drive out local competitors. The result is that larger firms are capturing a larger share of business, and there is less turnover among employees. Although the effect of corporate concentration on productivity remains unclear, Li said that investment in research and innovation is a key in raising productivity growth.

Another panel warned that the impact of climate change is likely to be severe in some countries over the next 20 years. Mekala Krishnan, senior fellow at the McKinsey Global Institute, noted that between 2011 and 2015 extreme temperature events rose by 15 percent compared to previous decades, and the instances are likely to increase. The weather issue will impact livability and workability (heat and humidity will preclude working in some countries), and result in droughts that cause famine, damage to physical assets in storms, loss of infrastructure and natural capital.