Much is up in the air about what's ahead, but the COVID-19 effect could bring good news, bad news or both for real estate's asset categories.

The strength and timing of the real estate market’s recovery—and strategies for navigating conditions in the meantime—are the dominant issues for all segments of the industry. The COVID-19 crisis is associated with an unprecedented set of unknowns—probably more than any previous downturn. Uncertainties include when an effective treatment or vaccine will emerge, potential new waves of infection, and financial support provided by the various levels of government.

The economic downturn prompted by the coronavirus will largely resemble previous cycles, predicts Wolff Cos. Chairman & President David Wolff. “There will be stress on all properties, but those that are sound and the ones that followed fundamentals will survive,” he said. Early consensus that e-commerce warehouses and apartments will outperform most sectors remains conventional wisdom.

COVID-19 may boost the performance of suburban multifamily properties. Some city-dwelling Millennials may seek an alternative to dense environments that heighten the risk of spreading an infection. And the surge in remote work is likely to drive demand for units with space for home offices.

Those factors could hasten the trend of Millennials exiting urban neighborhoods for settings with more elbow room. “They may decide that they should do it sooner rather than later, and, in fairly short order, we expect that to translate into some intra-metro migration to suburban locations,” said Lee Menifee, the head of Americas investment research at PGIM Real Estate.

A potential upside could be continued leasing velocity and minimal rent compression, noted Diane Batayeh, the CEO of Village Green, a Southfield, Mich.-based investor-operator. “Over the long term, apartment fundamentals and demand still look strong,” she said. Programs like supplementary federal unemployment insurance and the paycheck protection program helped renters stay current in the early months of the pandemic.

READ ALSO: Why Suburbs, Secondary Markets Will Benefit From the Recovery

The health crisis has accelerated the broader shift to online shopping, and that’s a plus for last-mile industrial properties. Nonstore retail sales increased more than 25 percent year-over-year in May, according to the U.S. Department of Commerce.

Technology has enabled a broad-based transition to remote work for millions of employees. Many occupants plan to make remote work permanent for at least some of their employees, a trend that could bring good news for suburban office markets that have been declining for some time. Some central business district tenants are likely to add satellite locations to accommodate those who reside in the suburbs.

Uncertainty over what’s next for the office sector could be relatively short-lived if a vaccine emerges, suggested Transwestern President Tom Lawyer. “Safety is going to be paramount as companies bring people back to the office,” he said.

“But when you make major decisions during a crisis without the needed clarity, the pendulum usually swings too far. We’re advising our clients to take appropriate actions, but to remain flexible and think about the long term.” 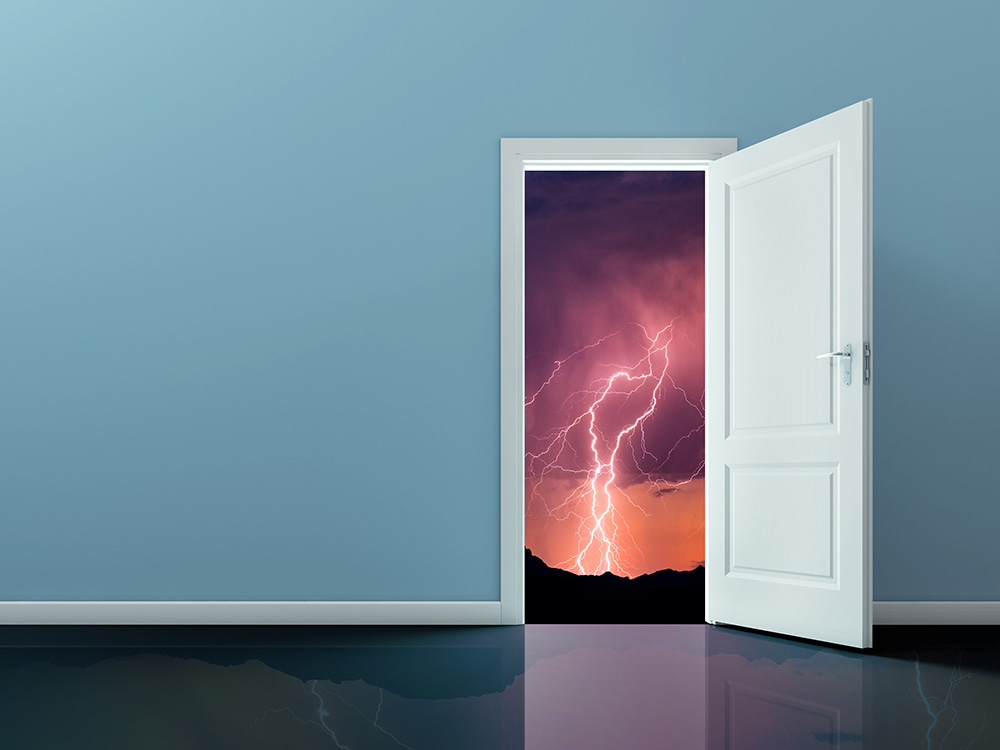 Most forecasts assume it will take the job market several good years to rebound fully, and investment has quickly reflected those concerns. Green Street Advisors estimated that during the first three months of the crisis, property prices dropped 11 percent, while mall and lodging prices declined 25 percent.

Assets that were already struggling are particularly susceptible. “Projects that are over-leveraged, in overbuilt areas, or those that were dubious to begin with will pay the price,” Wolff said.

Perhaps the hotel sector faces the most problematic prospects. “Nobody plans for scenarios where you go from peak occupancy to virtually zero,” said Peter Sherman, a Los Angeles-based principal with Avison Young. Year-over-year occupancy declined 52.1 percent to 33.5 percent during the second quarter, and RevPAR fell 69.9 percent to $27.98, reported STR.

Some initial data suggested the office sector’s comeback could vary widely by metro. In mid-July, properties in Los Angeles were 32.3 percent occupied, according to Kastle Systems’ study of buildings it serves. Occupancy stood at 10.1 percent in the New York City metro area and 18.1 percent in Chicago.

In the retail sector, the pandemic could deliver a decisive blow to the weakest properties. Well-located properties featuring tenants resistant to e-commerce had been gaining ground, although some are now struggling, noted Lawyer. “The real wild card is how fast the general public will feel it’s safe enough to start engaging in those activities again,” he said.

Even for multifamily, cautionary notes are in order. The operating environment will be similar to 2008 and 2009, predicted Richard Campo, the chairman & CEO of Camden Property Trust. This year, real estate investment trusts’ average rental rate for new leases and renewals fell 0.8 percent in April and 1.4 percent in May.

Campo advised the pressure on fundamentals will continue through 2022, as developers complete underway projects. New development is expected to drop 50 percent, he noted, and favorable market conditions may not return until 2023.

“The question is: How much rent and occupancy do you lose in the next couple of years, versus how much do you gain a couple of years after that?” he said. “You could make a pretty bullish case for multifamily in the midterm. But everything is dependent upon jobs.”

You’ll find more on this topic in the CPE-MHN 2020 Midyear Update.