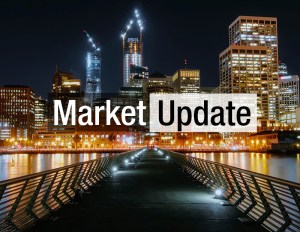 At the end of the second quarter, the San Francisco-Peninsula market had 4.3 million square feet of office space under construction, according to CommercialEdge. The office development pipeline represented 2.7 percent of total stock, down 90 basis points since the first quarter, but 50 basis points higher than the U.S. rate.

The largest office property to break ground in the second quarter was SteelWave’s 769,500-square-foot development in South San Francisco. The upcoming 14.5-acre development is aimed at life science tenants and is planned for a 2023 completion. The project includes a vacant 141,000-square-foot vacant strip shopping center which will be redeveloped.

Another project bound for redevelopment is the Shoreway Innovation Center in Belmont. Owner Four Corners Properties received $75 million in financing for the project. The upcoming redevelopment is also intended for life science use, and is planned to include two Class A buildings between 500,000 and 600,000 square feet.

Most of the large developments in the San Francisco-Peninsula target life sciences, making up more than half of the pipeline. Presidio Bay Ventures also announced the groundbreaking of a four-story project at 777 Industrial Road in San Carlos. The developer secured $118 million in construction financing from Square Mile Capital for the 147,000-square foot R&D building.

During the second quarter, a total of 6 office properties—comprising 906,000 square feet—were completed across the Peninsula market. The largest of these was BioMed Realty’s 360,000-square-foot third phase of its Gateway of Pacific development in South San Francisco—now totaling 1.3 million square feet.

The Bay Area market—comprising the East and South Bay—had 7.8 million square feet of office space underway as of June, representing 3.8 percent of total stock. As opposed to the Peninsula market, which saw a large amount of square footage break ground in the second quarter, the Bay Area had only two properties added to the pipeline during this time—totaling 87,200 square feet.

The amount was also a decline from the first quarter, when the Bay Area saw 2.9 million square feet of office space break ground. The largest developments underway are in San Jose’s CBD, including Westbank’s upcoming Park Habitat, at 1.2 million square feet. The project is planned to operate at net zero carbon emissions, and feature retail in addition to office space.