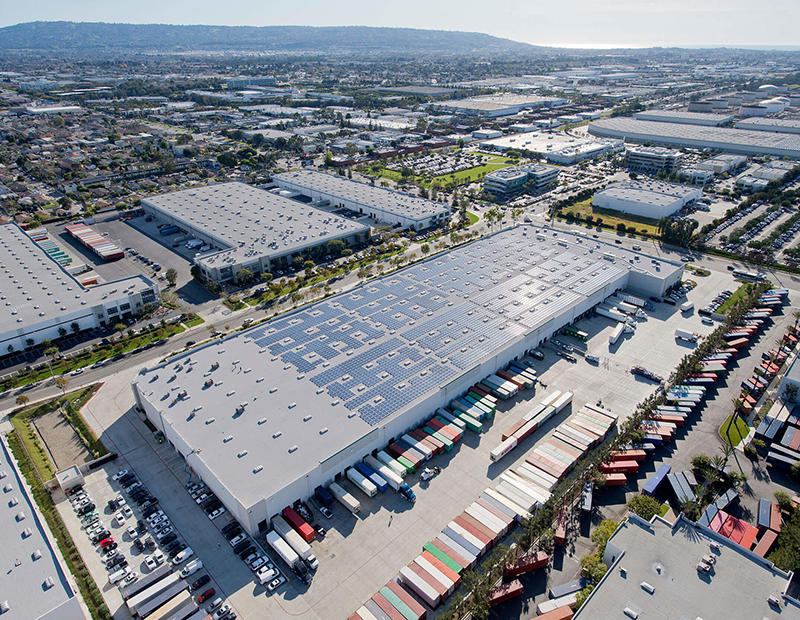 Prologis property in the U.S. Image courtesy of Prologis

Despite the tremendous surge in e-commerce shopping, retail-to-logistics conversion rates will be low and time frames will be long, according to the latest Prologis study.

With demand for logistics real estate rising, it’s no surprise that some commercial real estate industry owners are considering converting struggling retail properties into distribution sites. But the retail-to-logistics trend is expected to be slow and ultimately involve only a small number of conversions, with malls and freestanding retail locations providing the best opportunities.

An Aug. 9 story in the Wall Street Journal, reported that Simon Property Group—the largest U.S. mall owner—has been in talks with Amazon to possibly take over former anchor department store spaces for distribution sites. The WSJ story noted the talks involve spaces currently or formerly occupied by J.C. Penney Co. and Sears Holding Corp., which have been closing stores around the country in the midst of Chapter 11 bankruptcy filings. While the two companies did not confirm the report, Amazon has been opening new distribution sites around the U.S.—sometimes multiple locations within days or weeks—and has been particularly interested in last-mile locations.

The latest Prologis research study stated mall anchor redevelopments have become more feasible for such a conversion and retail owners are doing due diligence and considering all conversion opportunities, but primarily multifamily. One can’t deny the explosive growth of e-commerce during the COVID-19 crisis which “has brought more than five years of evolution in the retail landscape into less than five months of time,” according to the Prologis report.

Despite the demand and growing interest among retail property owners to consider converting some or all retail space to logistics uses, Prologis said such conversions are complex and face hurdles, including:

Prologis only analyzed markets it operates in, which are the top 25 U.S. markets. The analysis looked at malls, power centers, community centers, neighborhood centers and strip retail. The researchers estimated about 50 million to 100 million square feet of retail space will be converted to logistics in those markets over the next decade, primarily from mall space.