Preiss Picks Up Student Housing Property Near UCF in Orlando

The Preiss Co. isn't waiting for the fall semester to go to the University of Central Florida. 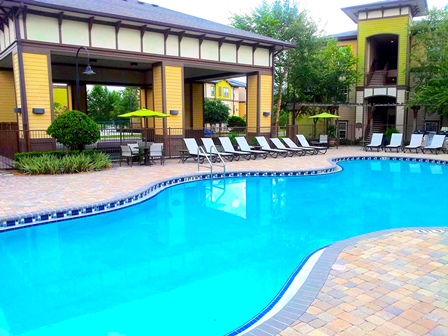 The Preiss Co. isn’t waiting for the fall semester to go to the University of Central Florida. The off-campus student housing company has just acquired Orion on Orpington, a 624-bed student housing community in Orlando. Preiss purchased the property in a joint venture with a private investment group from Orlando Student Venture L.L.C., an entity affiliated with Investcorp.

Orion sits on 21 acres at 12700 Orpington St., and first opened its doors in 2007, offering UCF students 156 four-bedroom suites. The property marks Preiss’ second asset in Florida, one of the top privately owned student housing markets in the U.S.  According to a report by apartment research firm Axiometrics, four Florida universities are on the list of the national top 20 universities with the highest occupancies among privately owned student housing. And Preiss certainly made the grade with Orion, as UCF-area off-campus housing is a particularly tight market, with an average occupancy level of 98.8 percent in September 2014.

“We were attracted to this property because of its well-deserved reputation at UCF and consistently high leasing history,” Donna Preiss, president of Preiss, offered in a press release. “The property is in excellent physical shape but we continuously look for ways to make smart investments to make our student experience better and are spending a substantial amount for capital improvements.”

With the purchase of Orion, Preiss has invested approximately $130 million in the acquisition of student housing assets across the country over the last 18 months. The national student-housing market continues to thrive, despite any rumors to the contrary. Per the Axiometrics report, “At the start of 2014, many analysts were expressing deep concern about the number of new student housing developments scheduled for delivery in time for the Fall 2014 semester. With the new academic year well under way, it seems safe to say their fears about potential oversupply were wrong.”