The power center was 98 percent leased at the time of sale. 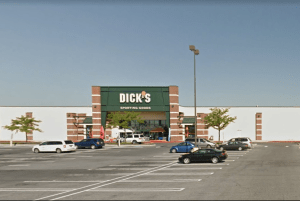 According to CommercialEdge data, the property previously traded in 2011 for $46.1 million. Institutional Property Advisors, a subsidiary of Marcus & Millichap, negotiated on behalf of the seller and procured the buyer in the current deal.

Developed by Olympic Realty & Development Corp., Colonial Commons came online in 1989 and was completely renovated in 2014. The retail complex was 98 percent leased at the time of sale; tenants include Dick’s Sporting Goods, Hobby Lobby, HomeGoods, Marshalls and Old Navy, among others, and a PetSmart store will open on location in 2023. AEM Property Group manages the property, while Bennett Williams is in charge of leasing.

The power center is on Harrisburg’s Eastern Shore, at the intersection of Jonestown Road and Route 22, near Interstates 81 and 83, which connect New York City to the Washington, D.C.-Baltimore area. Some 300,000 people, with an average annual household income of more than $75,000, live within a 10-mile radius.

Despite an increasing risk of economic downturn, the nation’s retail sector has held strong, in part due to consumers’ desire to shop in-person following a time of widespread restrictions. Overall, retail spending has continued to trend upward, with power centers in particular recording a vacancy rate of 4.8 percent in the second quarter of 2022, while the entire sector’s net absorption swings upwards at 9.6 million square feet, according to a Cushman & Wakefield report. The market remains a relatively recession-proof investment, even during a time of high inflation and interest rates.

Acknowledging the sector’s performance, Nathanson said in prepared remarks there has been tremendous power center investment velocity given the retail sector’s resiliency through the pandemic and high demand for value retailers, including apparel and furniture, in rapid expansion over the past 12 to 18 months.