Despite the creation of more than 1,000 vehicles, the level of investment has fallen short of expectations. 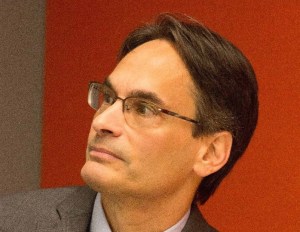 In recent years, investors have increasingly directed money to funds with social impact, but that trend seemingly has passed by opportunity zones, which provide a tax break to investors for projects in designated low-income submarkets.

Panelists at a webinar held last week called “Getting Impact Right: A New Strategy for Investing in Opportunity Zones” lamented the lack of information in the market. “Investors are not connecting the dots that opportunity zone investing is social impact,” said Reid Thomas, a managing director of international wealth management firm JTC Americas, which sponsored the webinar.

Although well over 1,000 opportunity zone vehicles have been created, the level of investment has fallen short of the expectations initially created in the industry. San Francisco-based law firm Novogradac estimates that some $75 billion to $100 billion has been invested in opportunity zone funds since the tax provision was created in the 2017 tax reform.

READ ALSO: Why DEI Is a Business Imperative Today

Novogradac recently released a report that tracks more than 1,300 opportunity zone funds with $24.4 billion of equity, though it estimated total fundraising in the sector is three to four times that amount. States with the most investments tracked by Novogradac were California ($2.4 billion), Arizona ($1.3 billion), Texas ($1.1 billion) and New York ($1.0 billion). Cities with the most opportunity fund investments are Washington, D.C. ($740 million), Los Angeles ($678 million), New York City ($641 million) and Nashville ($621 million).

John Sciaretti, a partner at Novogradac and panelist at the JTC webinar, agreed that connecting the program to social investing would help draw capital. “There are some investors sitting on the sidelines because they didn’t make that connection,” he said.

A dearth of involvement by institutions is another reason for the shortage of awareness about opportunity zones. Sciaretti said he was surprised that relatively few institutions have waded into the opportunity zone pool, which he blamed on the lack of data and transparency about the segment.

The tax reform legislation that established the opportunity zone program in 2017 originally had language that would require the federal government to monitor the volume and impact of opportunity zone investments, but that was stripped from the bill. Consequently, information about the program is difficult to come by. “The lack of transparency is a big issue,” Sciaretti said. “Once we get transparency, that will go a long way to get more institutions involved in the program.”

Shay Hawkins, co-founder of the Washington, D.C.-based Opportunity Funds Association advocacy group, said passing legislation to require the government to measure the impact of opportunity zones would improve awareness of the social benefits of opportunity zone investing. Until then, “we in the industry have to help people make that connection,” he said.

Opportunity zones provide tax breaks to investors that reinvest capital gains in qualified funds, which invest in qualified low-income zones in assets such as real estate, businesses and infrastructure. More than 8,700 areas in the U.S., encompassing roughly 10 percent of the U.S. population and 12 percent of the land, were designated by states and certified by the Treasury Department as opportunity zones.

Future investment in opportunity zones is the subject of many questions. One of the major tax advantages embedded in the original legislation—the ability to qualify for a 10 percent step-up in basis for investments—expired at the end of 2021. Investors can still put capital into opportunity zone funds and qualify for tax advantages on investments held for 10 years, but potential gains are reduced without the step-up provision, eliminating a key incentive. Legislation to re-authorize the step-up has been introduced in Congress, but it does not appear to be a priority.