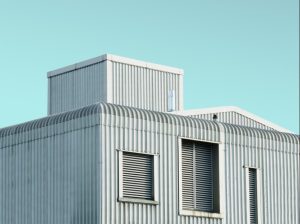 Image by Simone Hutsch via Unsplash.com

McCraney Property Co. has received $45.1 million in construction financing for the development of Commerce 429, an industrial park totaling 485,813 square feet in Ocoee, Fla. JLL Capital Markets worked on behalf of the borrower and secured the four-year loan. CommercialEdge data shows that Truist Bank provided the financing.

According to the Orlando Business Journal, McCraney announced plans to build the speculative project in early 2021. At that time, the company was still waiting for approvals from the city, just two months after it acquired the site, a total of 40 acres, for a combined $5.5 million.

Central Florida CRE News also reported that the plans for Commerce 429 were announced just as McCraney delivered Distribution 429 in Ocoee, a three-building industrial facility totaling 652,696 square feet. The project was a joint venture with Clarion Partners and broke ground in 2018.

More recently, the company secured $62.8 million in construction financing for the first phase of Logistics 16 at Ottawa Farms in Bloomingdale, Ga., near the Port of Savannah.

The property will take shape at 1290 Ocoee Apopka Road, in Orange County, only 15 miles from downtown Orlando. The site has access to the Florida Turnpike through State Road 429 and is located within four hours of every major MSA in Florida. Orlando International Airport is 26 miles away.