By Roger Gregory, President, Investments, PM Realty Group: While the upstream sector may be pulling back, it is certainly not shutting down. 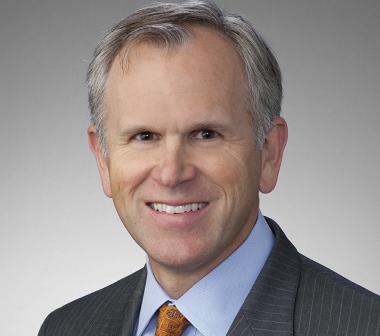 If you read the headlines, it’s hard to miss the fact that oil prices have dropped. To be more specific, the price of West Texas Intermediate crude (a national benchmark in the oil and gas industry) has decreased from more than $100 per barrel in June 2014 to approximately $50 per barrel as of spring 2015.

It’s also not hard to comprehend the ensuing ripple effect, including a 40 percent drop in upstream activity (oilfield exploration and drilling) and a growing worry among CRE experts about recession-like corporate downsizing, a wave of layoffs and rising office vacancies in energy-rich cities such as Houston.

Fortunately, there is more to this story. While the upstream sector may be pulling back, it is certainly not shutting down. For example, energy companies are talking about cutting their 2015 capital budgets, but they are not eliminating them, and while U.S. rig count is estimated to decrease 40 percent from 2014 to 2015, it is expected to start increasing in 2016 as the supply/demand imbalance fades. In the process, one-in-four field-level workers may lose their jobs, but only a 5 percent cut is expected in the white-collar workforce. Energy executives are on record saying that cuts in specialized technical positions, such as engineers, are not expected, as these specialists can be easily transitioned within their own companies from upstream to downstream positions.

There is also good news further down the oil chain, in that while upstream activities slow, downstream activities (refining, distribution and exports) are growing significantly. This is because, as the price of oil (commonly referred to as the industry’s “feed stock”) decreases, the price of end products also decreases, driving massive activity in downstream markets, where opportunity in the petrochemical industry abounds. As a result, many energy companies are cutting upstream capital investments but are increasing capital investments in their downstream and petrochemical divisions.

On a global scale, the U.S. manufactures more petrochemicals than any other country, and the Houston MSA is home to the largest petrochemical manufacturing area in the world. That’s a major statement considering that the global petrochemical market was valued at $559 billion in 2013. Cheap natural gas has helped to revitalize the petrochemical industry in the U.S., leading not only to more blue and white-collar jobs, but also helping to balance the U.S. trade deficit.

Although energy production does not yet enjoy bipartisan support, energy exports do, as they are an extremely viable way to increase U.S. exports and decrease the trade deficit. Because Texas and Louisiana are the only coastal states in North America with stable, pro-industrial policies, virtually all of the new industrial and manufacturing construction activity supporting this industry shift will land in markets between Corpus Christi, Texas, and Baton Rouge, Louisiana – prime locations to build an export advantage.

With all of these factors in play, and with our large supply of oil and an almost inexhaustible supply of cheap natural gas, there seems to be little to hinder a Gulf Coast export infrastructure boom and a steady-and-growing demand for downstream product that will support Houston office space – not just for the coming years, but more likely for the next decade and beyond.

In order to support and expand the growing U.S. downstream industry, $200 billion in engineering-intensive, export and processing-focused mega projects are slated for construction along the Texas and Louisiana Gulf Coasts. Approximately $100 billion of these projects are already committed and are projected to employ nearly 74,000 workers, 39,000 (53 percent) of which will be located in the Houston MSA. In the region at large, it is estimated that over the next three years the Gulf Coast will actually experience a construction skilled labor shortage in excess of 25,000 for specialists such as welders, pipefitters and electricians.

What does this mean for commercial real estate along the Gulf Coast, and especially Houston, “The Energy Capital of the World”? On the energy front, Houston remains the intellectual center of the industry. Much as tech is to Silicon Valley or finance is to New York, Houston is the place where all energy-related engineers, accountants, lawyers, IT specialists and even human resource experts go to find premier professional opportunities. Like the workers who will transition from the oilfield into construction jobs that will build the aforementioned downstream projects, these white-collar energy employees will also shift from upstream to downstream projects. Fortunately, most will do so without ever changing companies, as most large energy organizations such as Exxon and Shell have upstream, midstream (pipelines) and downstream business segments.

While Houston office leasing is certain to back off from the robust pace that it experienced from 2012 to 2014, PM Realty Group’s research department does expect positive office absorption in 2015, and most economic predictions show Houston adding 50,000 to 60,000 jobs in this same time period. This is 40 to 50 percent lower than the number of jobs Houston added in 2014, but it is still a job growth rate that’s enviable in comparison to most other MSAs.

Without question, the precipitous and unexpected fall in oil prices has injected uncertainty into the Houston market. In the CRE market, this will slow the flow of capital into Houston, slow leasing velocity and slow the pace of new development. However, the outlook remains positive and growth is steady – very unlike the 1980s when Houston’s economy was in a shamble due to falling oil prices, an overbuilt commercial real estate market and a collapsing banking system.

During the commercial boom of the 1980s, Houston developers delivered 71.8 million square feet of commercial office space in just five years ending 1985 when its total employment base was approximately 1.46 million and roughly 75 percent of its economic base was energy-related. During the current cycle, Houston will deliver a more manageable 24.4 million square feet of commercial office space over the four years ending 2016 in a more diversified economy that is 38 percent energy-related and with a total employment base, which has doubled to 2.97 million when compared to the 1980s.

Yes, a shift is no doubt in play, but the ripple effect of oil prices does not necessarily equate to gloom and doom. It simply points to a new balance in the market, and an opportunity for Houston – and the region at large – to put its energy expertise to the highest and best use.