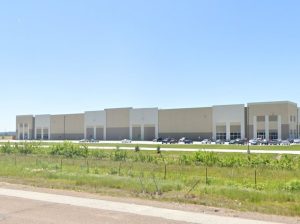 The distribution complex is situated across an Amazon delivery station, at the intersection of interstates 270 and 255, 13.2 miles from downtown St. Louis. The first two buildings at Gateway Tradeport comprise 544,000 square feet each, while Gateway Tradeport III encompasses 624,000 square feet. With the fourth structure completed, the project now yields roughly 2.7 million square feet of industrial space. JLL’s David Branding is in charge of marketing the buildings for lease, according to CommercialEdge data.

In October, ITS Logistics leased more than 1 million square feet of space at NorthPoint’s upcoming Intermodal Logistics Center project in Fort Worth, Texas. The company broke ground on the development in August and the building is expected to be completed in July 2023.