It could take years to amass 3.4 million square feet of high-quality office space or it could happen overnight, as it did for National Financial Realty and Oaktree Capital Management. 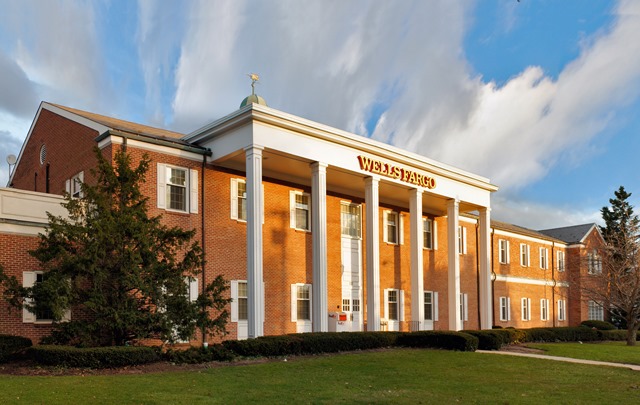 It could take years to amass 3.4 million square feet of high-quality office space or it could happen overnight, as it did for National Financial Realty Inc. and Oaktree Capital Management L.P.  In one fell swoop, the two companies acquired a national portfolio of 40 office properties, occupied almost in its entirety by Wells Fargo, from First States Investors B L.P. for $240.9 million.

It’s not just any office portfolio. The collection of buildings is 95 percent leased, with credit-worthy Wells Fargo accounting for 90 percent of the tenancy under a long-term master lease. It’s a purchase that fits NFR like a glove. “Since 2006, NFR has distinguished itself by focusing on a specific strategy involving the ownership and operation of properties occupied and leased to global financial institutions,” Vincent E. Pellerito, president and CEO of NFR, told Commercial Property Executive.

NFR and Oaktree picked up the assets at a 50 percent discount to replacement cost, and they did it without having to compete for the privilege; it was an off-market transaction. “NFR has strong relationships with a variety of market participants who involve us in special situations based on specific strategy and reputation.”

The portfolio covers a lot of ground, spanning eight states in the eastern and southeastern regions of the country. The highest concentration of the group is in North Carolina, where eight properties, including 450,000-sf Wells Fargo regional operation center in Raleigh, account for 1.2 million square feet. The remaining 32 assets span sites in South Carolina, Virginia, Florida, New Jersey, Pennsylvania, Maryland and Georgia, which is home to Wells Fargo’s 335,000-square-foot regional operations center in Atlanta.

According to Pellerito, the properties are well-maintained so no immediate physical changes will be made, but the door is open to such activity down the road. “We are currently evaluating our future capital renovation plans,” he said.

With the acquisition of the Wells Fargo portfolio, NFR became the largest privately-held investment concern focusing on the acquisition and operation of properties occupied by regulated financial institutions. The company could have been just the tiniest bit bigger, but for a change to the original purchase agreement. First States, a subsidiary of KBS Real Estate Investment Trust, had struck a deal to sell 41 properties to the NFR-Oaktree joint venture for $250 million. However, Wells Fargo opted to exercise first right of refusal and ultimately bought one of the assets, a 111,900-square-foot building, for $9.1 million, according to a document filed with the SEC.