A new member of the globally recognized brand will soon rock the city. 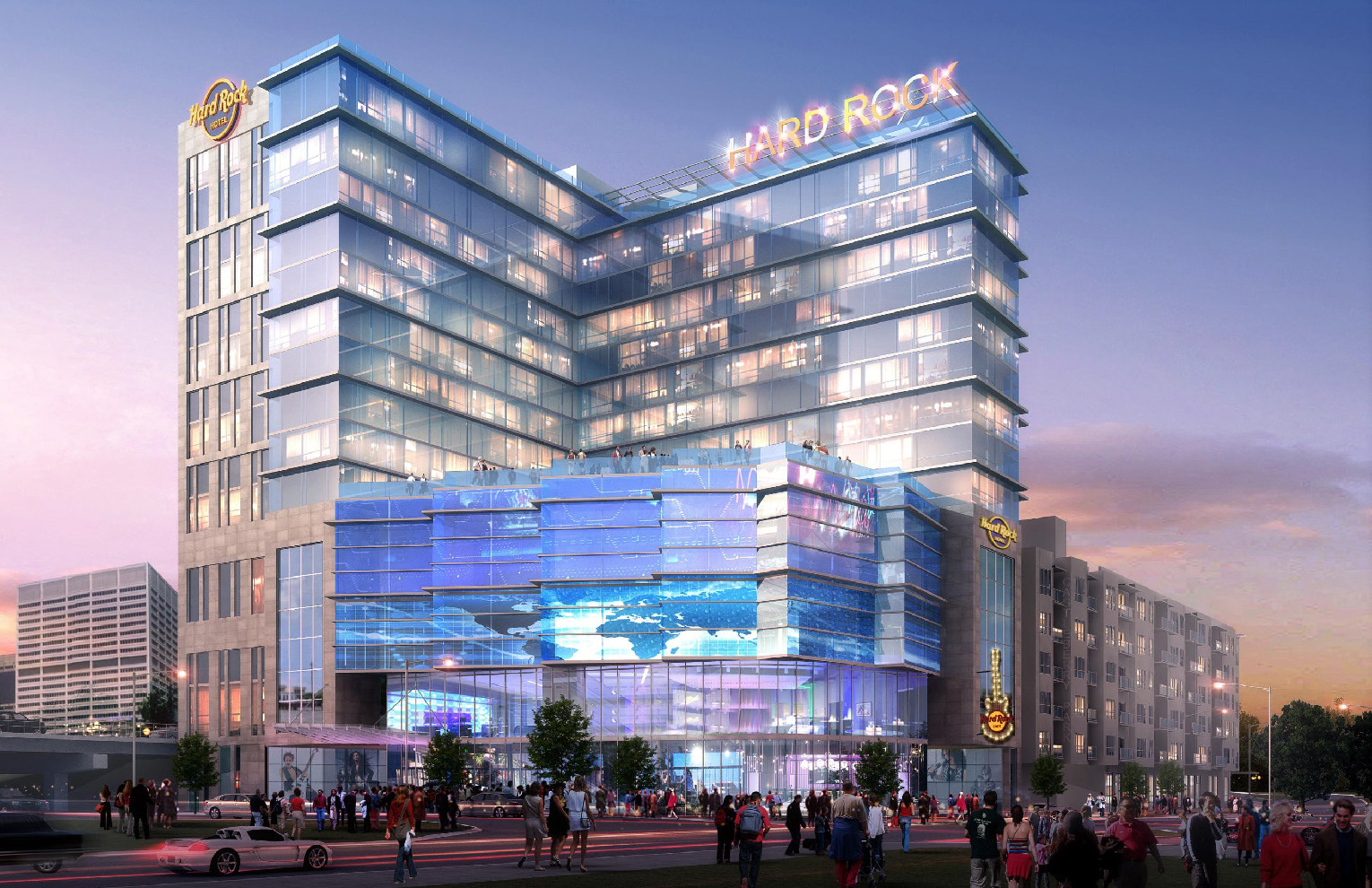 Hard Rock International announced plans to open Hard Rock Hotel Atlanta. Developed along with Bolton Atlanta LP, the 220-room facility will be located on Centennial Olympic Park Drive, next to the upcoming Mercedes-Benz Stadium—the future home of the Atlanta Falcons, and across the street from the region’s largest concentration of sporting and entertainment destinations.

Hard Rock Hotel Atlanta will offer an assortment of amenities including more than 10,660 square feet of ballroom and banquet facility space, a lobby lounge, heated outdoor swimming pool, and a rooftop relaxation area with cocktail bar and a restaurant. The property will also feature the Hard Rock brand’s exclusive offerings, such as a Rock Spa, a Body Rock® fitness center, a Rock Shop and a Hard Rock Cafe. The new location will also bring live entertainment and shows to the region, adding to the city’s rich music traditions like the Music Midtown Festival and annual Atlanta Jazz Fest. As in the case of every Hard Rock venue, the walls of the new Hard Rock Hotel Atlanta will showcase a collection of music memorabilia from local to global icons, including rock ‘n’ roll legends, hip-hop stars and indie artists alike.

Hard Rock Hotel Atlanta will be managed by Hard Rock International. The facility is scheduled to open in spring 2018.