Net lease cap rates averaged 7.75 percent for the first quarter of 2011, continuing the rate drop that began in the second half of 2010. Investors have clearly shown a lopsided preference for triple-net-lease investment properties, and as 2011 progresses, demand will outpace supply. 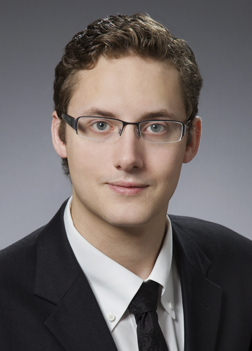 Net lease cap rates averaged 7.75 percent for the first quarter of 2011, continuing the rate drop that began in the second half of 2010. The key driver in this trend has been an increased demand for high-quality net lease properties — assets which feature a strong credit tenant, good location and favorable lease terms – and the scarce supply of those high quality assets. Investors have clearly shown a lopsided preference for these triple-net-lease investment properties and, as 2011 progresses, demand will outpace supply.

High quality credit rated net leases have routinely sold for caps below 7 percent and when the combination of tenant, location and market align, Calkain’s investors have shown a willingness to close at cap rates (Calkain closed a bank/pharmacy deal below a 5.9 percent cap) that rival the peak of the market. We saw the same thing happen in the last half of 2010 and if that trend continues, it is likely that – buoyed by the improving economy – other triple-net-lease asset types will see a compression in cap rates as investors look to jump into the market rather than await the delivery of new product.

Pharmacies
High-quality pharmacies such as Walgreens have long been the poster boy for net-lease properties. As a result, pharmacies continued to outperform the overall net lease average — 7.56 percent to 7.75 percent. However, it should be noted that the highest-quality pharmacies enter the market in the mid 6 cap range while the weaker performers in the pharmacy segment round out the cap rate average with significantly higher closing cap rates.

Banks
Not surprisingly, banks continue to have the lowest cap rate. Their average is far lower than the overall net-lease average, moving between 6.47 percent and 7.75 percent. The sector tends to have the strongest credit tenants overall and are most commonly traded as ground leases with regular rental increases over both the initial and renewal terms.

Quick-Service Restaurants
QSR cap rates declined from 2010 to 2011, moving from 7.65 percent to 7.42 percent, and are lower than the overall average, which moved from 7.42 percent to 7.75 percent. However, the average cap rate of 7.42 percent is not totally illustrative of credit tenant transactions with the corporate guarantee of McDonalds, Chik-Fil-A, or Yum Brands-tenanted properties – many of which trade in the low 6s. Furthermore, it should be noted that much of the QSR’s that are trading garner a higher cap rate because the tenant is a local or regional franchisee whose lack of strength as a guarantor is reflected in the higher closing cap rate.

Dollar Stores
Though higher than the net lease average – 8.63 percent to 7.75 percent – dollar-store cap rates have witnessed a precipitous decline. Between 2010 and 2011, they fell from 9.29 percent to 8.63 percent. This is not a surprise. Dollar stores continue to gain market share coming out of the recession. Look for lower executions of dollar stores as the summer progresses. Furthermore, Dollar General has moved to a more favorable triple-net-lease, driving cap rates down. Dollar General is also expanding in markets that are less rural, with better real estate fundamentals. There are also rumors that Dollar Generals credit is improving.

Causal Dining
Casual Dining observed a slight increase from 2010 to 2011, raising from 8.24 percent to 8.39 percent. This could be caused by a variety of factors. Most restaurant leases are franchisee not corporate guaranteed, increasing the cap rate. This segment is also not recovering from the recession as well as others with consumers showing a preference for the lower priced menus offered by the QSR segment. Shopping center vacancies have also had an impact on the sector due to decreased traffic at the center.

Big Boxes
Big boxes observed a definite cap rate decrease from 2010 to 2011 — 8.52 percent to 7.97 percent — with transactions in strong key markets closing significantly lower. While the tenants have strong appeal and often carry a solid credit rating, the transaction size, acreage and square footage of the investment (larger on all fronts than the typical net-lease investment) means that there is a more select pool of eligible investors for properties in this sector. The sector has displayed exceptional growth in the past decade and the performance of the retailers in this segment has found a new strength driven by an improving economy and consumer spending.