Motor City Gets a $100M Boost with New Industrial Facility

By Alexandra Both
May 30, 2016
DetroitIndustrialInvestmentMidwestNews

Flex-N-Gate will invest $100 million in the new production facility and has already committed to local hiring. 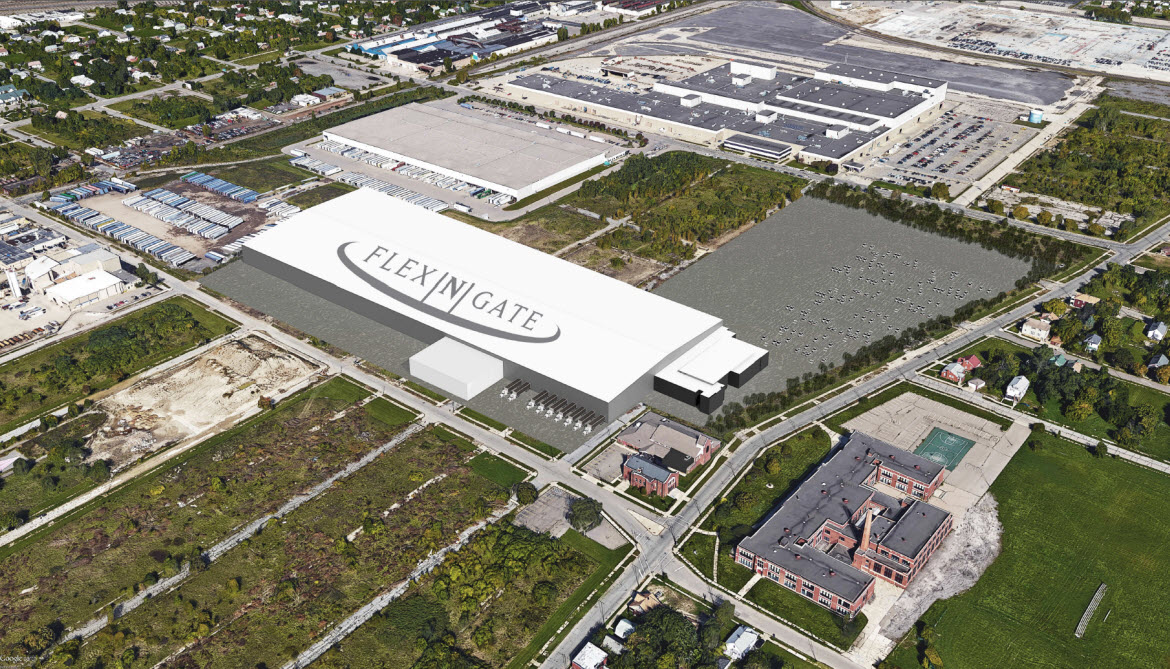 Rendering of the new Flex-n-Gate plant

Detroit—Global auto supplier Flex-N-Gate will build a new production unit on a 30-acre parcel located on Detroit’s eastside, in the I-94 Industrial Park. The sale of the land has been approved by Economic Development Corporation (EDC) of the City of Detroit. The Urbana, Illinois-based company will spend $95 million for the construction and capital costs of the new plant, but additional investments might push the amount up to $100 million.

The project received a $3.5-million Business Development Program grant, to encourage the development. “Building a new plant from the ground up within the Detroit city limits will be a milestone moment for Flex-N-Gate, made possible thanks to our partnership and collaboration with Ford, the City of Detroit and the State of Michigan,” said Shahid Khan, owner of Flex-N-Gate.

The new facility will supply parts for Ford Motor Company and will create up to 650 jobs for Detroiters over the next three years. At full capacity, the total number of employees could reach 750. “We are proud to work with Flex-N-Gate, the City of Detroit and State of Michigan, to bring good paying jobs to the city. We value our relationships with suppliers, and appreciate the commitment Flex-N-Gate has made to Ford Motor Company and the local area,” said Hau Thai-Tang, Ford Group VP of Global Purchasing.

The Michigan Strategic Fund board will discuss the designation of a Renaissance Zone for Flex-N-Gate in their August meeting, which will ensure tax incentives for the business.

Flex-N-Gate is a top global auto supplier of exterior trim components, aluminum and steel modular stamped body in white and chassis assemblies, lighting and other Original Equipment Manufacturer automotive products. The company is the second major tenant in the I-94 Industrial Park, controlled by EDC. Earlier this year, LINC Logistics opened a new $30 million, 500,000-square-foot facility right next to the Flex-N-Gate site.

Michigan is still a major player in the US auto industry, with total investments of $16 billion made by automakers and auto suppliers from 2009 to spring 2015, accounting for 20 percent of total investments in the industry in North America, according to the Center for Automotive Research.

Image courtesy of City of Detroit