The Tokyo-based firm is staying put at Harborside Plaza 10 for another 15 years. 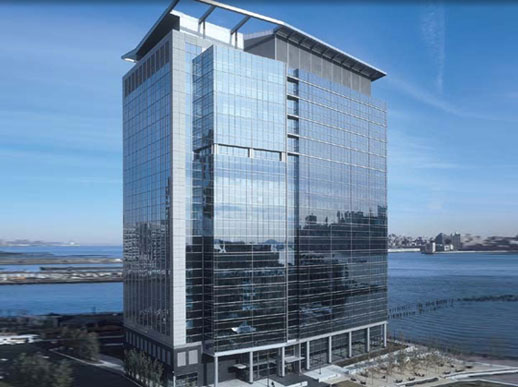 New York—Tokyo-based banking holding company Mizuho has renewed its lease at Harborside Plaza 10 in Jersey City, N.J. The company is currently the largest tenant in the building and has renewed its lease of roughly 105,000 square feet of office space on the top three floors for an additional 15-year term.

“This transaction is a win for Mizuho, enabling the company to maintain its occupancy at the top of one of the premier buildings on the New Jersey waterfront,” Robert Flippin of CBRE said in a prepared statement. “After investigating alternative locations within the market, Mizuho determined that Harborside Plaza 10 was its best option both financially and qualitatively.”

The 17-story, 600,000-square-foot building located in Jersey City’s Exchange Place district is currently undergoing significant renovations. The Class A building will feature an updated lobby, a new tenant lounge area, as well as a new café. The building’s tenant roster also includes Bank of Montreal, Citgo Financial Services and Deloitte, among others.

“The company has been an occupant at the building since 2002 and understands the inherent quality of the building and its infrastructure, enabling it to confidently re-commit on a long-term basis,” said Flippin.