Citing the property’s quality and strong leasing record over the past year, Mesa West Capital provided a $220 million loan to refinance The Pointe, a 14-story, 480,000-square-foot Class A building in the Los Angeles suburb of Burbank. 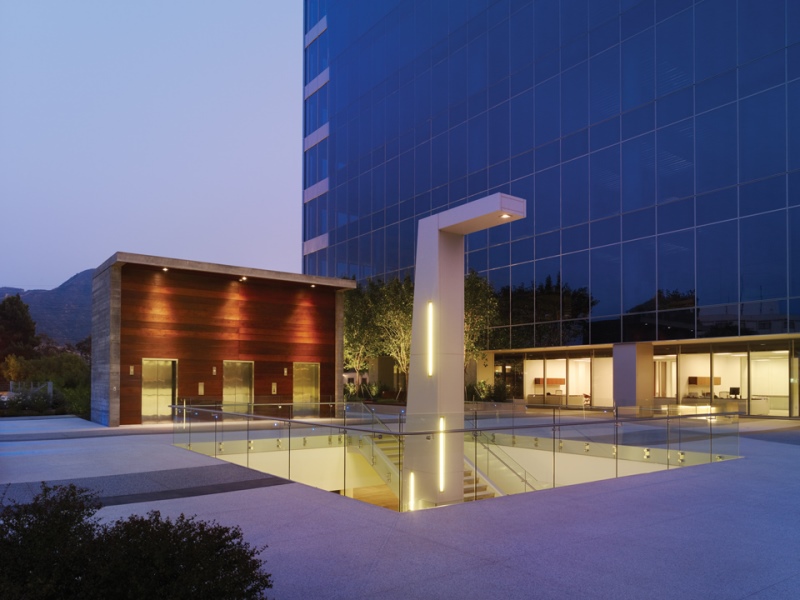 Citing the property’s quality and strong leasing record over the past year, Mesa West Capital provided a $220 million loan to refinance The Pointe, a 14-story, 480,000-square-foot Class A building in the Los Angeles suburb of Burbank.

The financing included $35 million of mezzanine debt, which was placed at closing with Morgan Stanley Real Estate Investing, according to a Mesa West news release.

“The Pointe’s superior quality and efficient floor plates make it Burbank’s premier asset and has resulted in approximately 200,000 square feet of leasing at the property in the last 12 months,” Mesa West Principal Ronnie Gul, who originated the financing, said in the release. “The property is backed by strong sponsorship with deep experience in the submarket providing a competitive edge in leasing the asset.”

Located in the heart of Burbank’s Media District, The Pointe is adjacent to The Burbank Studios and also near Warner Bros., Disney and Universal Studios. The 9.35-acre lot is entitled for another 480,000-square-foot building to be constructed in the future.

At least two of The Pointe’s transactions in 2013 were among the top leases in the region for the year, according to various commercial real estate reports. Legendary Entertainment took about 70,000 square feet while FremantleMedia North America, the company that produces American Idol and The X Factor, leased about 72,300 square feet. Cushman & Wakefield’s Third Quarter 2013 Marketbeat Office Snapshot for the Greater Los Angeles area noted that the Legendary Entertainment lease helped Burbank reach 411,050 square feet of leasing for first nine months of the year, a 46.1 percent increase from the end of the third quarter of 2012 to the end of the third quarter of 2013. Burbank, which is part of the TriCities submarket that also includes Glendale and Pasadena, has strong market fundamentals, according to the Cushman & Wakefield report.

“The outlook for TriCities is positive with rising rental rates and vacancies recovering from the large move-outs in the first quarter,” the report stated.

The Pointe financing was arranged by Jonathan Firestone and J.P. LeVeque of Eastdil Secured. It is the third financing Mesa West has provided affiliates of Worthe Real Estate Group.

Over the past 10 years, Mesa West has originated more than $4 billion in non-recourse first mortgage debt for the acquisition, refinancing and recapitalization of transitional quality commercial real estate assets throughout the United States. Earlier this month, Mesa West provided financing for Brookwood Financial Partners L.L.C. to acquire and make capital improvements to two office properties in Dallas. In late November, Mesa West announced it had closed a debt fund with $752 million in equity commitments.