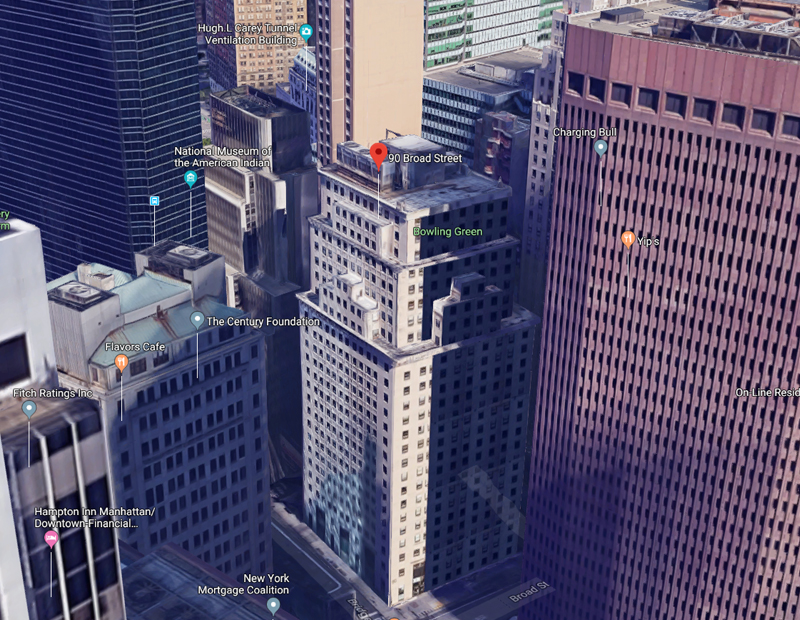 The building, which takes up a full block between Stone and Bridge streets, is 97 percent leased. Located close to the West Side Highway and FDR Drive, the property is also close to several subway stops including the Wall Street and Bowling Green stations. Completed in 1932, the building was designed by Cross & Cross Architects and has a dramatic Beaux Arts-style lobby. The asset underwent a cosmetic renovation in 2001. Typical floorplates range from 8,000 to 19,000 square feet and the building has views of Manhattan Harbor and Lower Manhattan.

Princeton has owned the building since January 2014, when it acquired the property from Swig Equities for approximately $129 million, per Yardi Matrix. At the time of purchase, Princeton also secured an $80 million from Wells Fargo Bank. The new financing was negotiated by Meridian Executive Vice President Jeff Weinberg, Senior Managing Director Rael Gervis and Vice President Richard Sutton, all based in the firm’s New York City headquarters.

In March, a Meridian team including Gervis and Sutton arranged a $182 million loan for affiliates of RXR Realty to refinance 470 Vanderbilt, a 665,000-square-foot, Class A office building in Brooklyn. The loan was provided by Bank of America. Located adjacent to the Barclays Center, the property is leased to governmental agencies and also has more than 20,000 square feet of retail space.