JLL represented the owners as well as the tenant of the newly constructed building within Tejon Ranch Commerce Center. 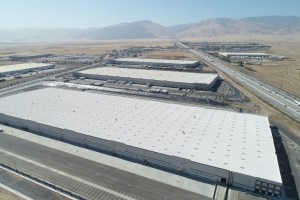 A joint venture between Tejon Ranch Co. and Majestic Realty Co. have fully leased a recently completed 629,274-square-foot industrial building within the master-planned Tejon Ranch Commerce Center in Lebec, Calif. JLL represented both the owner and the undisclosed tenant in the transaction.

Tejon Ranch Co. Executive Vice President Derek Abbot further explained the significance of the development, telling Commercial Property Executive, “Our large amount of entitled industrial land, coupled with the pro-business Kern County government and absence of local opposition gives us the ability to keep a steady stream of buildings in the pipeline.  All of this further enhances Tejon Ranch Commerce Center’s established reputation as a proven place for companies locating or expanding in California.”