In a deal reaching a reported $100 million, M-M Properties -- partnering with an institutional client of Invesco Real Estate -- has acquired Dallas' 1.2 million-square-foot Plaza of the Americas. 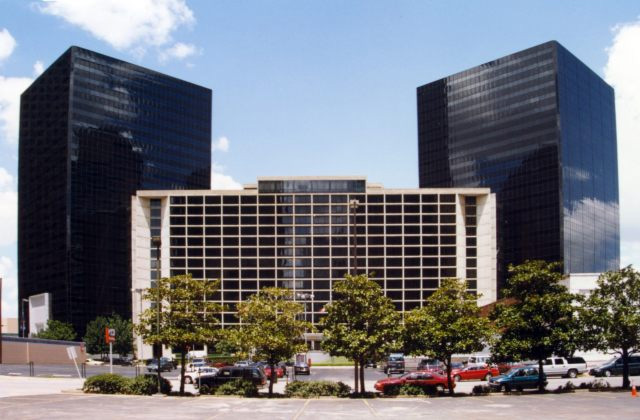 In a deal that the Dallas Morning News has reported as nearing $100 million, M-M Properties – partnering with an institutional client of Invesco Real Estate – has acquired Dallas’ 1.2 million-square-foot Plaza of the Americas. Holliday Fenoglio Fowler L.P. represented the seller, as well as acted on behalf of the purchaser in finding financing.

Calling the area “one of Dallas’ premier addresses,” Ken Moczulski, CEO of M-M Properties, characterized the building’s area as “turning the corner.” His firm intends to renovate, reposition and rebrand the property.

The Dallas office sector has been on a slow upward trajectory, according to services firm Jones Lang LaSalle. After six consecutive quarters of tightening fundamentals, overall asking rents have begun to rise. Well-positioned office assets will likely see growth in the next year, as “corporate relocations and expansions to the market remain a positive catalyst for Dallas with several companies announcing plans to move headquarters and other significant office operations to the market due to a combination of lower costs, business-friendly environment and strong diversified workforce,” the company’s third-quarter report noted.

Located in the city’s Central Business District adjacent to the Dallas Arts District, Plaza of the Americas was developed in 1980 and features two 25-story office towers, a 12-story parking garage and a separately owned Marriott hotel – as well as 140,000 square feet of retail and restaurants.

Peloton Commercial Real Estate has been retained as the exclusive leasing agent for the property with property management services provided by M-M Properties.