Venture Global will erect Plaquemines LNG on a 632-acre parcel stretching 7,000 feet along the Mississippi River. 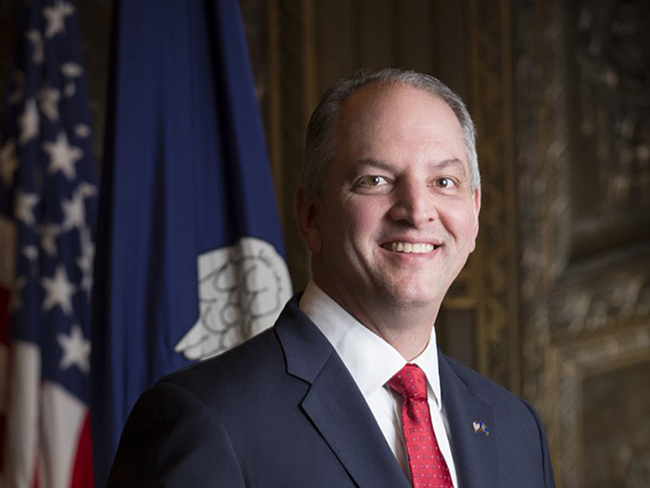 Venture Global will erect Plaquemines LNG on a 632-acre parcel stretching 7,000 feet along the Mississippi River. The project, which will have the capacity to export 20 million metric tons annually, marks Venture Global’s second natural gas liquefaction and export development in the Pelican State. In December 2014, Venture Global announced that it would build Calcasieu Pass LNG in Cameron Parish at a cost of $4.5 billion. Calcasieu Pass LNG will be able to accommodate the exporting of 10 million metric tons per year.

“From the very inception of our LNG export terminal project in Cameron, Venture Global LNG was and remains convinced that Louisiana is the best place in the United States to develop such important infrastructure projects,” Bob Pender, co-CEO of Venture Global LNG, said in a prepared statement. That special something about Louisiana is a catalog of attributes highly conducive to Venture Global’s endeavors. The list includes an accommodating business climate in both; a fair regulatory approach; and a capable pool of workers. Additionally, there’s the easy access to natural gas supplies, and deepwater access for the convenient shipping of LNG around the world from the Port of New Orleans, sited just 20 miles from the Plaquemines project.

It’s a win-win situation. Venture Global gets a location conducive to successful production, and Louisiana reels in 250 new jobs with average annual salaries of $70,000, as well as approximately 700 more indirect positions, to say nothing of the 2,200 constructions jobs. “The long-term prospects for the U.S. natural gas industry are bright, and Louisiana is well-positioned to capitalize on that success,” Gov. John Bel Edwards of Louisiana said in prepared remarks.

Nationally, several LNG construction projects are currently on tap. Dominion ground broke on the $3.8 billion expansion of the Cove Point LNG facility in Lusby, Md., in 2015; Cheniere Energy has a few projects in the works, including an LNG export terminal at one of the company’s existing sites in Corpus Christi, Tex.; and the list continues.

Building activity in the LNG sector, however, extends far beyond the U.S. The 2016 tally for capital expenditure on the development of large-scale onshore LNG liquefaction and regasification facilities worldwide is expected to reach approximately $55 billion, according to a study by business intelligence provider Visiongain. “As more LNG infrastructure is constructed, an increasingly complex global LNG trade is evolving; one that is becoming ever more important to the shape of the global energy industry,” per the report.

Construction of Plaquemines LNG is on track to get underway in 2018, with full operations commencing in 2022, two years after the Calcasieu Pass development becomes fully operational.

Photo by Marie Constantin, courtesy of the Office of the Governor of Louisiana