The U.S. economy has recorded a 2.5 percent growth in 2017, while political uncertainties, the corporate tax reform and the direction of interest rates create clouds on this year’s horizon. According to CBRE’s 2018 national life sciences outlook, both tenants and investors have to be quick and determined—the economic growth entered its late stages and technology advances at an increasingly greater speed. 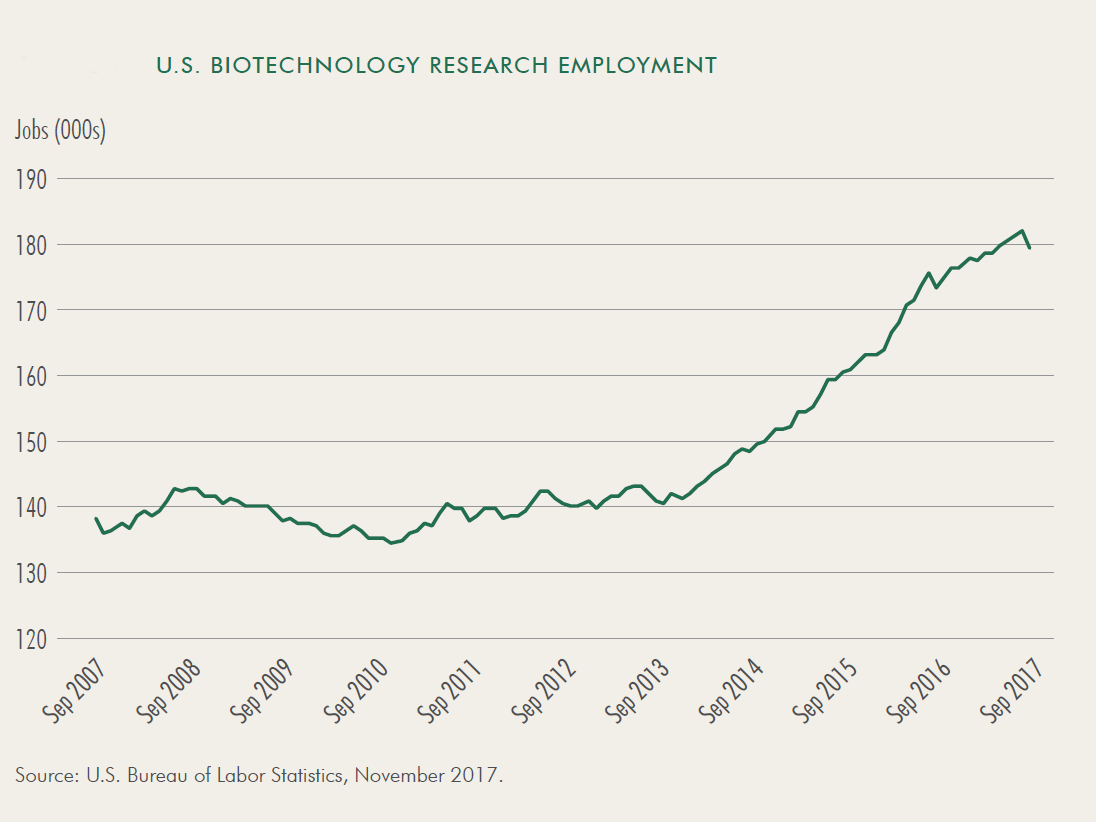 As the population ages, opportunity rises in the pharmaceutical, biotechnology and medical device sectors. Companies need more laboratory space and developers are responding to this dynamic chain reaction by creating the much-needed innovation hubs. In the 12 months ending in September 2017, employment in the biotechnology sector surged 27.1 percent, in comparison with the other 7.2 percent for all jobs. Both demand and lab rent prices skyrocketed in major life sciences hubs such as San Francisco and Boston, yet they are expected to experience a steady and solid growth in other markets. A noteworthy example is New York City, which is the largest bioscience employer in the country.

Technology is a key factor in the life sciences and health-care sectors, as it provides quicker, more efficient and customizable options and solutions. However, these industries face unsustainable health costs—in 35 years, annual per-capita health care consumption has reached $9,508 from $1,022. Therefore, due to cost pressures, companies concentrate their activity where they can easily find scientific talent.

Another essential element is capital availability. The major source of funding is the National Institutes of Health, which provided $24.6 billion in financing to various universities, medical schools, research institutes and private organizations in 2016 alone. However, a quarter of these funds went to California and Massachusetts, with a focus on the San Francisco Bay Area and Boston-Cambridge. Start-ups and early-stage companies benefit from venture capital, but they are concentrated in the proximity of the above mentioned biotech hubs. 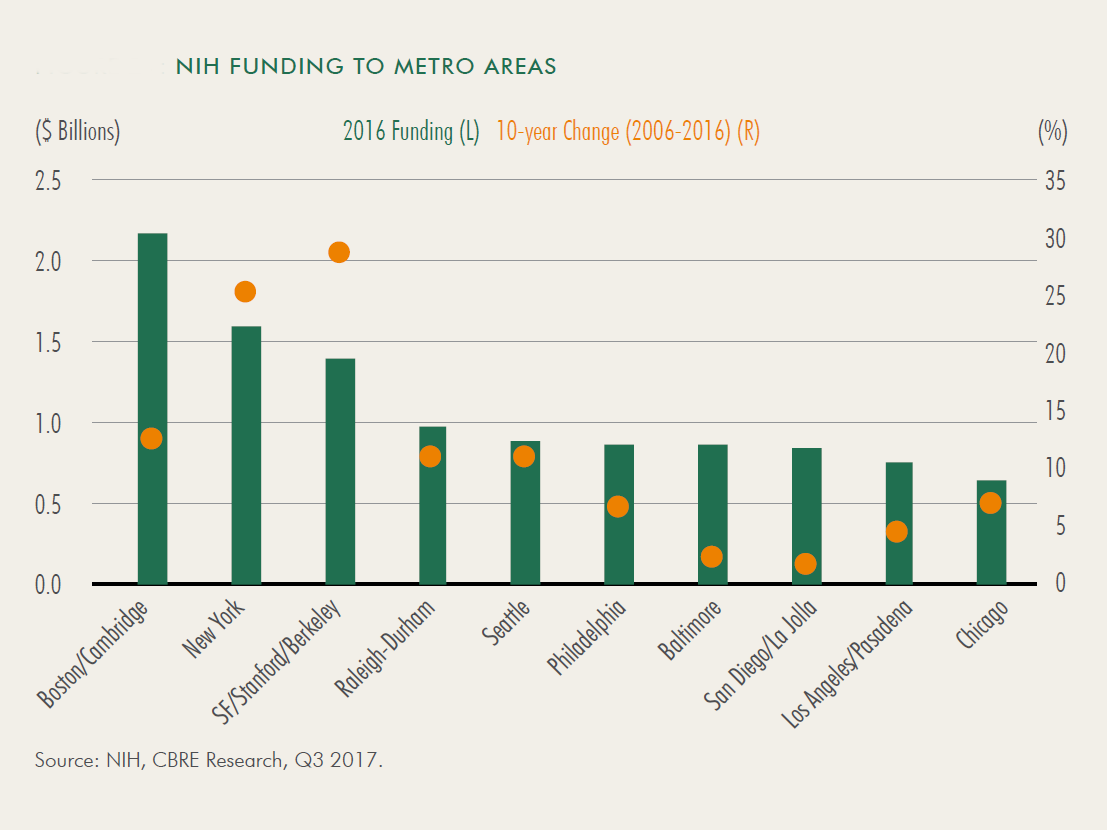 On the other end of the spectrum, the different degrees of scientific talent and the access to capital created an imbalance that’s hard to escape, once the dynamic is established. Although the major markets are recording positive absorption and constant construction activity, rent prices in the Boston-Cambridge area rose by more than 50 percent since 2013, signaling a time for cool-down.

Conversely, New Jersey, Philadelphia and Chicago are experiencing a strong momentum. By consolidating their spurring pharmaceutical and medicine manufacturing activity, these markets will become stronger and will attract investor interest.