The average sale price for these properties is 150 percent higher than for general office buildings, the latest CommercialEdge report finds. 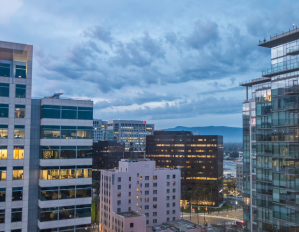 The life sciences sector has been benefitting from a steady expansion for several years even before the pandemic, with the health crisis acting as a growth driver. Today, lab space is commanding record-breaking prices, while investors are betting big on the sector’s strength. According to the most recent CommercialEdge national monthly office report, life science facilities this year traded for an average of $645 per square foot, or 150 percent more than the average sale price office buildings traded at ($258 per square foot).

Although some 21.6 million square feet of lab space was underway nationally as of August, demand for niche space exceeds supply. Construction activity continues to be concentrated in the nation’s largest life science hubs, such as Boston (8.4 million square feet underway), San Diego (2.9 million) and San Francisco (2.6 million), while supply has also been growing in tertiary life science markets such as Denver, Phoenix or Pittsburgh.

As highly amenitized, brand new stock keeps being added to the market, average listing rates increased dramatically in markets such as Boston, where listing rates have soared 17.7 percent in the last year. Charlotte followed closely with a 16.2 percent year-over-year increase, while San Diego came in third with an 11.8 percent growth.

Some 139.9 million square feet of office space was under construction across the nation at the end of August, representing 2.2 percent of total inventory. When factoring in planned stock to the under-construction pipeline, the total figure reaches a whopping 6.1 percent of total stock.