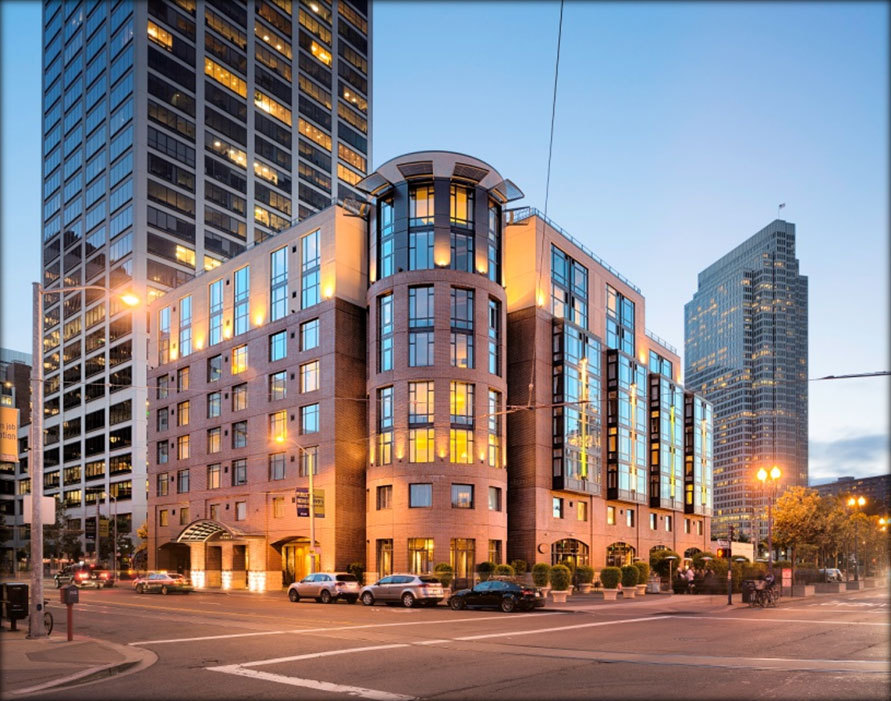 The hotel was purchased subject to a ground lease with the City & County of San Francisco, Municipal Transportation Agency, which expires on March 8, 2070. The company funded the acquisition with borrowings from its senior unsecured credit facility.

“We are thrilled with this acquisition. Hotel Vitale is outstanding physically and in terms of its location,” Michael Barnello, LaSalle Hotel Properties’ president & CEO, said in a company statement. “The hotel is surrounded by demand generators that attract corporate and leisure business and the views from the hotel are breathtaking.”

Located at 8 Mission St., at the intersection of the Embarcadero Waterfront and the Financial District, across from the historic Ferry Building Marketplace, its waterfront location provides striking bay and skyline views.

Hotel Vitale’s 200 guestrooms average 375 square feet and include eight suites. The property was originally constructed in 2005, and has had $6.5 million in subsequent capital expenditures including restaurant upgrades and new guestroom furniture.

LaSalle Hotel Properties now owns 46 hotels, totaling approximately 11,600 guest rooms in 14 markets in 10 states and the District of Columbia. The hotel is the sixth San Francisco property acquired by the investment trust.

“We are also excited about increasing our presence in San Francisco,” Barnello said. “Room demand is at peak levels and supply growth is expected to be limited for the next several years, which bodes well for owners and operators. Market performance has been strong and we are pleased to have acquired our sixth hotel in San Francisco.”

Hotel Vitale is managed by Commune Hotels and Resorts, which also manages the Company’s Gild Hall hotel in New York.