KTR Capital continues to expand its presence in metropolitan Louisville, Ky.'s industrial market with the recent acquisition of a 300,800-square-foot property in Shepherdsville. 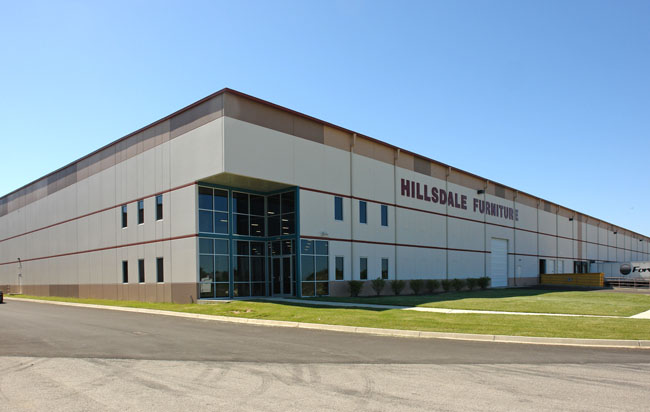 KTR Capital continues to expand its presence in metropolitan Louisville, Ky.’s industrial market with the recent acquisition of a 300,800-square-foot property in Shepherdsville. KTR purchased the asset, located at 3212 East Blue Lick Rd., through an affiliate.

Financial terms of the transaction have not been disclosed. However, commercial real estate services firm CB Richard Ellis had marketed the property with a listing price of $11.9 million.

KTR is certainly building up its holdings in the Louisville area, but the company is not buying just any old properties. The newly acquired Class A facility at 3212 E. Blue Lick is just three years old and features a 100-percent full tenant roster. Sited on 14 acres within the Louisville Logistics Centre Park in Bullitt County, 3212 E. Blue Lick sits just 15 miles south of Louisville and within close Louisville International Airport. The site also features space allowing for the development of trailer parking.

The purchase of the distribution center increases KTR’s metropolitan Louisville portfolio to nearly 1.4 million square feet. The company landed its biggest asset in the area in August when it bought the three-year-old, 662,000-square-foot 300 Omicron Court, which is also located in Shepherdsville.

The industrial real estate vacancy rate in Greater Louisville dropped to 7.8 percent in the third quarter, as per a report by commercial real estate services firm Cushman & Wakefield, and a boost by the improving local industrial market is expected to further strengthen the numbers. Ford Motor Co. will hire as many as 1,800 workers at its Louisville assembly plant for the production of the Ford Escape, and General Electric’s $194 million investment at Appliance Park will result in an estimated 300 new manufacturing jobs. With the manufacturing sector buoying the economy and with little in the way of new construction, the area industrial market is headed for even better times.