Keep Your Eyes Peeled and Don’t Get Sloppy

By Marcelo Bermudez, President, Figueroa Capital Group, a subsidiary of Charles Dunn Co.: When it comes to U.S. business news, recent headlines make it seem like everything is fine. If you analyze the numbers and metrics, however, you’ll see that this is something of a mirage. 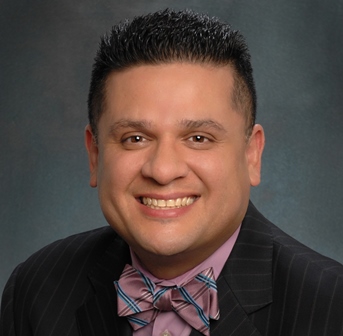 When it comes to U.S. business news (not the ISIS activity and the Ebola virus), recent headlines make it seem like everything is fine. The financial markets are expanding. Gas prices and interest rates are low. Properties are fetching multiples not seen since before the market crashed. Interest-only loans for properties are available at 70 percent leverage and better. Seniors housing projects are the new gold standard, with a never-ending supply of upper-income retirees. Crowdfunding is taking off and exceeding everyone’s expectations. So everything is fine, right?

If you analyze the numbers and metrics, however, you’ll see that this is something of a mirage, and we are still in a time when investors should be very careful.

Inflation has remained relatively high in all categories—not just energy and food but apartment rents and construction costs, as well. Employment has crossed the ever-important 7 percent threshold, standing at 6.1 percent as of August 2014. Unfortunately, the three million people who are considered “super-long-term unemployed” remain so and will need to draw on food stamps, Medicaid and other public programs that are a very large part of state and county budgets. Given that international economies are so heavily interlinked, the quantitative easing that is occurring in Europe and China can have significant impacts here in the United States, something not everybody reads about on their local news sites. The first quarter GDP number has been revised three times and is now at a negative 2.9 percent.

Some point to the severe winter in 2013 and say it is an anomaly. Recent weather forecasts indicate this winter is expected to be the same or worse in comparison, since these types of cold snaps come in groups, not in opposing sets of warm and cold.

There are certainly some encouraging signs that the real estate capital markets continue to improve. Those who are looking for distressed debt and troubled properties are getting a run for their money and having to compete more aggressively for an ever-dwindling supply. Principal Global Investors and the Macquarie Group will be launching a CMBS platform to start originating debt pieces. Both players have significant experience in this arena. It also points to the fact that the market is looking for yield in more traditional places instead of distressed and storied scenarios, since securitization issuance volume is down by 25 percent so far in 2014.

Keep your eyes peeled. Don’t get lazy. Maybe you should even pick up a Farmer’s Almanac.