Ivanhoé Cambridge is optimistic about downtown Chicago, and its recent JV acquisition proves it. 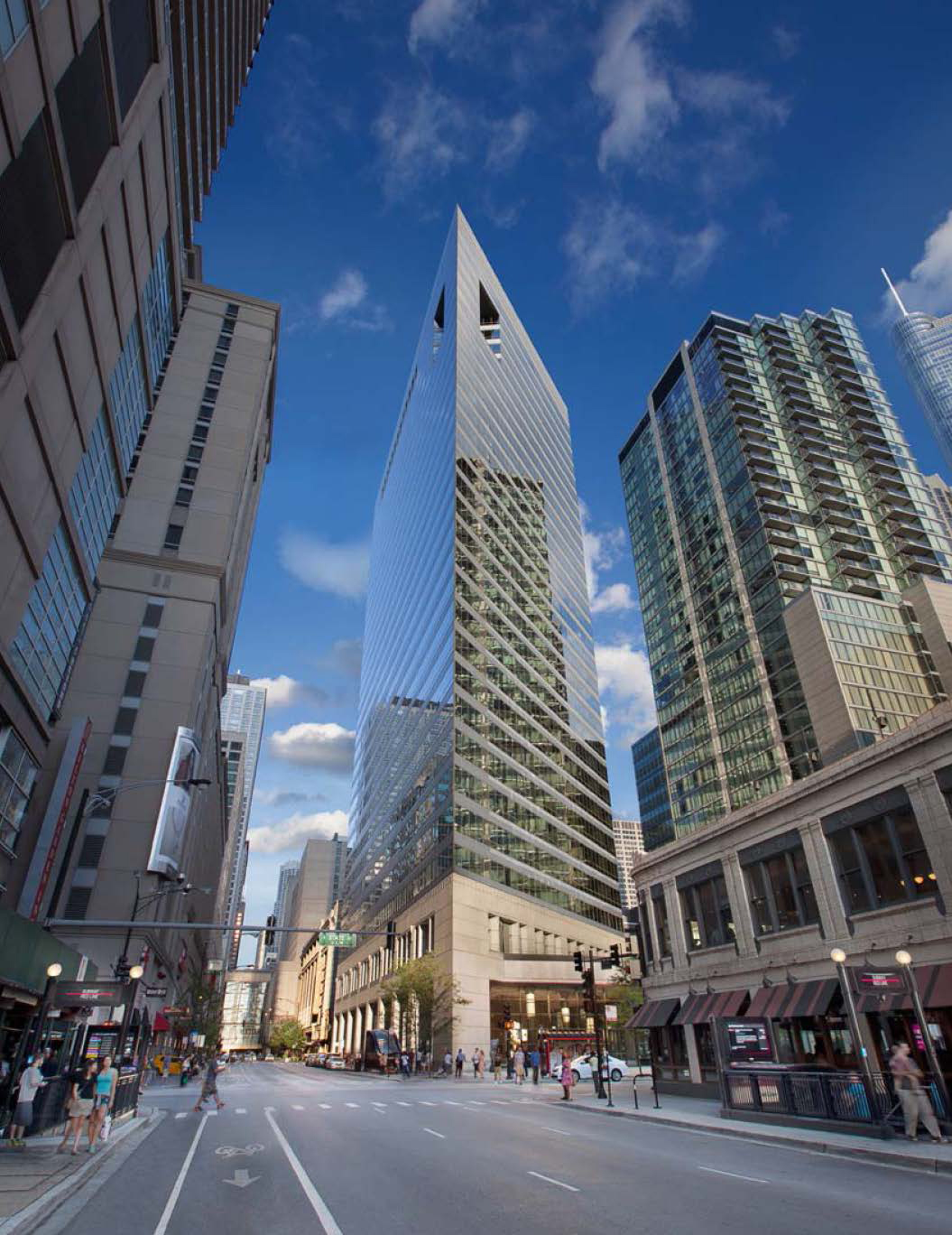 A joint venture between Ivanhoé Cambridge, of Montreal; Callahan Capital Properties, of Chicago; and affiliates of Beacon Capital Partners has acquired, for about $55 million, a 40 percent interest in the Class A office building at 515 N. State St. in Chicago, the buyers announced on Monday.

The seller was not disclosed, and as of press time Ivanhoé Cambridge had not responded to a request for further information.

The 29-story, 654,000-square-foot tower, in downtown Chicago’s River North neighborhood, is certified LEED Gold and was from its completion in 1990 occupied primarily by the American Medical Association as the group’s national headquarters. In fall 2013, however, the AMA moved two blocks away, to 330 N. Wabash Ave. (the former IBM Building).

On the minus side, the move left 515 N. State about two-thirds vacant, but on the plus side, the resulting contiguous block of about 350,900 square feet reportedly was one of the largest such in downtown Chicago.

The former AMA space is still available, as is a further 32,300 square feet in smaller pieces, according to the website for the building, which is leased and managed by JLL.

The building’s distinctive triangular shape, with a squarish four-story cutout near the top, was the creation of the late Pritzker Prize–winning architect Kenzo Tange.

“515 North State complements our existing downtown Chicago portfolio with Callahan, now totalling 2.1 million square feet. We are optimistic about the downtown Chicago, and it continues to be one of our key, long-term target markets,” Arthur Lloyd, executive vice president, global investments, for Ivanhoé Cambridge, said in a release.

This past December, both the Chicago Tribune and Crain’s Chicago Business reported that Beacon Capital Partners had agreed to pay nearly $140 million for 515 N. State, buying it from a group led by Swiss bank UBS, which had purchased the tower for $118 million in 2004.

Ivanhoé Cambridge’s appetite for urban office properties has been global in scope recently. Three weeks ago, we reported on its purchase of 3 Minster Court, a 275,000-square-foot building in London’s insurance district, for a reported $256.4 million.