Bottlenecks continue to disrupt the industry even as port markets enjoy record rent gains, according to the latest CommercialEdge report. 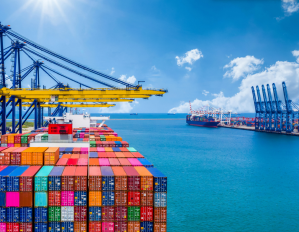 As we advanced into 2022, the industrial sector’s supply-chain issues were further exacerbated by rising inflation and transportation costs, economic slowdown and shutdowns in China, a pre-pandemic truck driver shortage and port congestions, among others. These issues, coupled with demand which continues to outpace supply despite an ever-growing pipeline, have led to shrinking vacancies and high gaps between new signed leases and average in-place rents, especially in port markets, the latest CommercialEdge industrial report shows.

National in-place rents for industrial space averaged $6.60 per square foot in July, according to CommercialEdge. Average rents increased by 530 basis points year-over-year and three cents when compared to the previous month. Average in-place rents were highest in California markets such as Orange County ($12.11 per square foot), Bay Area ($11.36) and Los Angeles ($10.74).

The difference between a lease signed in the last year and average in-place rents continued its upward trajectory, reaching a record-high $1.45 in July. Rent growth throughout the last year was led by port markets such as the Inland Empire (8.7 percent increase), Boston (8.0 percent), New Jersey (7.8 percent), Los Angeles (7.0 percent) and Orange County (6.8 percent) On the other side of the spectrum, Houston (1.5 percent), Columbus and Kansas City (2.5 percent both) fared the worst.