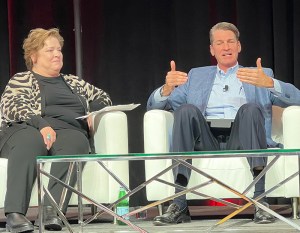 Industrial real estate dominated the buzz at the SIOR CREate 360 conference in Dallas yesterday. And why shouldn’t it? Corporate demand for industrial space is unprecedented, and the impending recession is expected to, at worst, flatten growth temporarily. The outlook for office, on the other hand, is less robust and less defined as corporations large and small go about redefining what the office means to them.

Industrial brokers and developers focused on satisfying the runaway demand are not without concerns, however. The first problem is the low vacancy rate and scarcity of new development sites. According to Yardi Matrix, the national vacancy rate in August was 4.1 percent, down 30 basis points from July. The lowest vacancy rates were in the Inland Empire (0.9 percent), Columbus (1.8 percent), Nashville (1.9 percent), Los Angeles (2.0 percent) and Indianapolis (2.0 percent). In Dallas, the vacancy was 3.7 percent.

During a panel titled “Commercial Real Estate 2030,” executives from some of the most active industrial development companies—Hillwood, Prologis and Link Logistics—discussed the industrial market’s growing pains and how their firms are preparing for what the next few years could bring economically. Here are key takeaways from that panel:

Architects and engineers have been rapidly redefining what a state-of-the-art industrial building looks like to accommodate tenants’ desire for maximum site capacity and parking, and ceiling heights that can accommodate sophisticated Wi-Fi networks for automation and extra air conditioning.

“(Designers) have been in a very challenging environment, but I think they are about to get a break,” said Tal Hicks, president of Hillwood Investment Properties. 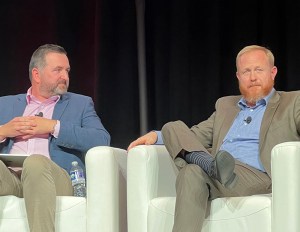 As ecommerce companies devour infill locations, local communities that challenge these projects are slowing down an already fraught development process. “There are a lot of NIMBYs out there with good reason,” said Brian Strohl, senior vice president of Development for Link Logistics, which focuses on infill projects.

Elaborating on Link’s community impact strategy, a company spokesperson told CPE that the company is “focused on being a positive force for economic growth by helping businesses of all sizes find the space they need to grow through investing in job-creating facilities that spur local economies.” Link’s $8.8 billion development pipeline will create 36,000 full-time jobs as well as 56,000 construction jobs, the spokesperson reported.

Communities that appreciate the benefits of ecommerce and the additional tax revenue, are tough but willing negotiators. “You have to go in with the mindset that you are going to have to sacrifice something to get what you want,” said Hicks.

Developers are broadening their searches to find land for new industrial properties. Repurposing outdated structures, moving natural obstacles, and remediating brownfield sites are all in play now. Another option for infill locations is teaming up with another development project and developer.

“We are now part of mixed-use as we try to be creative,” said Jonathan Rudersdorf, president of Prologis’ central region.

While the growth of ecommerce seems impenetrable, macroeconomics and the real estate capital markets will likely slow development for a period. Rising interest rates and recessionary fears have made borrowing more expensive. Meanwhile, the number of lenders willing to lend on development is shrinking.

Hillwood, Hicks said, is not doing spec development even when the capital is there because of the uncertainty around interest rates and cap rates. “Developers will need a higher yield on cost,” he said.

As for Prologis, the country’s largest industrial owner will be “protecting its capital” and will “take advantage of what comes out of this on the back end,” Rudersdorf said, noting he expects a correction on the land side.

Despite the urgency to meet demand, sustainability is still important, the developers stressed. Link Logistics’ parent company Blackstone is “all in” on sustainability, Strohl said, and LINK’s entire construction pipeline is targeting LEED Silver.

Prologis, meanwhile, has a goal of being emissions-free by 2040. “That is our goal, but that is a lot of our tenants’ goals,” said Rudersdorf. In deregulated Texas, for example, Prologis is working on installing on-site battery storage combined with solar. “We are starting in locations where we can control what we control and moving on from there,” Rudersdorf added.