In a partnership with SK On, the company will soon build a new manufacturing facility in Greater Atlanta. 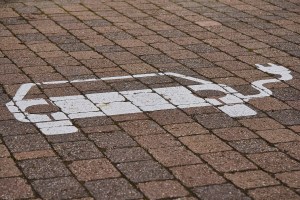 Image by distelAPPArath via Pixabay

Hyundai Motor Group and SK On, the battery-manufacturing subsidiary of Korean energy company SK Group have signed a memorandum of understanding for the development of a new electric vehicle battery manufacturing facility at Bartow Centre, an industrial park located on U.S. Highway 411 in Cartersville, Ga.

The Bartow Centre is located on Enterprise Corner, a century-old heavy industrial-zoned development plot that spans 200 acres. Hyundai and SK On’s new manufacturing facility is expected to employ more than 3,500 workers. The project will benefit from direct access to much of Atlanta metro’s road, rail and air shipping infrastructure, in addition to the city’s large population of engineers.

The joint development is Hyundai’s second Atlanta-area industrial project, following its October groundbreaking on Metaplant America, an EV manufacturing facility in which the company plans to invest $5.54 billion. In the nearby town of Commerce, SK has recently constructed the SK Innovation EV battery manufacturing plant, which totals 2.4 million square feet of space built over 283 acres.

Outside of the project’s announcement, investments in EV-related industrial developments around the Peach State have totaled approximately $17 billion, and have led to the creation of 22,800 new jobs.

EV-related industrial projects account for some of the nation’s largest-scale industrial investment and development efforts, for both physical size and capital. In October, Ashely Capital landed a $1.6 billion investment in a 659,589-square-foot Michigan asset by Our Next Energy, which plans to transform the facility into a battery cell factory. Tesla is also planning the construction of a 4.3 million-square-foot addition to its Giga Texas manufacturing facility in Austin, Texas.