An initial analysis by Yardi Matrix found that between 45,000 and 72,000 units—or 7 to 11 percent of the multifamily universe—were rendered uninhabitable. 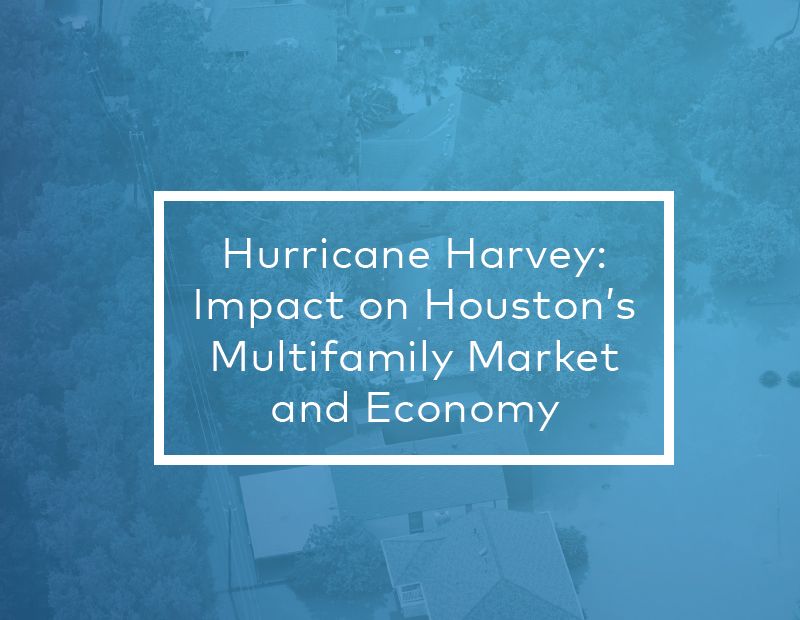 Hurricane Harvey slammed into Houston on August 25 and dropped more than 50 inches of rain over the next few days, producing a swath of flooding in low-lying developments and areas near rivers, lakes and reservoirs. The flooding damaged tens of thousands of single-family residences and apartments, commercial properties, vehicles and infrastructure. The storm might end up as the most expensive natural disaster in U.S. history, with property damage estimates upwards of $100 billion.

Although a full assessment of Harvey’s impact on commercial real estate will take many weeks or even months, an initial analysis by Yardi Matrix found that the damage to multifamily properties was less than what could have transpired given the record rainfall. Further, Harvey’s aftereffects will provide a boost to fundamentals in the short term, as demand for living space from residents displaced by the storm will boost multifamily occupancies. Our findings include: