Built in 1924, the property underwent a major renovation in 2008, following a 20-year vacancy. 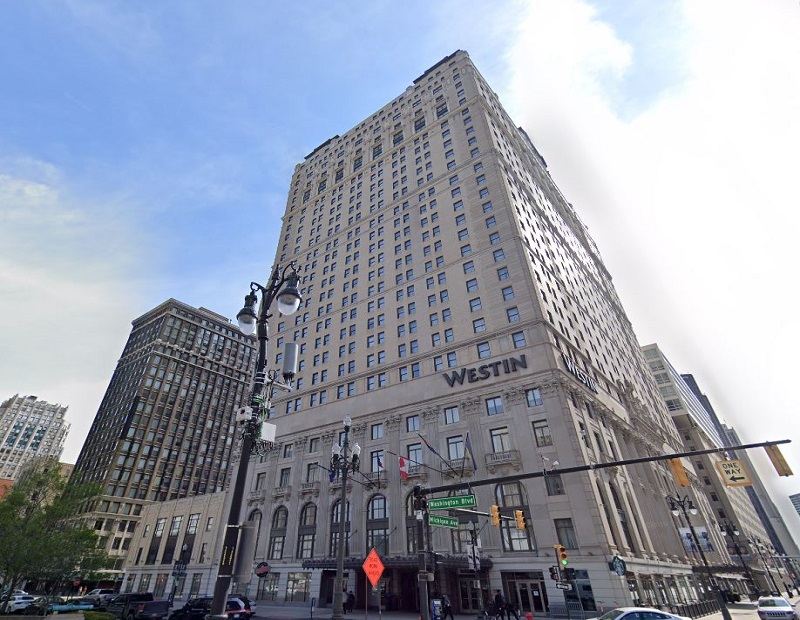 The Ferchill Group has refinanced The Westin Book Cadillac, a 488-key hotel in Detroit. Citigroup provided a $77 million, 10-year loan which features three years of interest-only payments. Berkadia secured the financing on behalf of the owner.

Located at 1114 Washington Blvd., the 33-story building first opened in 1924. In 2008, the owner completed a $180 million renovation on the property, following a vacancy that lasted more than two decades. The new loan will allow the historic building to undergo another major renovation, according to Berkadia Cleveland Director Dan Geuther, who negotiated the financing deal.

Situated in downtown Detroit, the property is within walking distance of Campus Martius Park, The Riverwalk Promenade, Ford Field, as well as Comerica Park. The hotel features 453 guestrooms and 35 suites. Amenities include a fitness facility, spa and heated indoor pool. Dining and entertainment options are also available on site.

Other developers are also busy in the metro’s urban core. Last November, Choice Hotels International broke ground on Cambria Hotel Detroit Downtown, half a mile west of The Westin Book Cadillac. Completion is anticipated for this year.