While a headline about cooling industrial demand may generate clicks, the overall narrative lacks context. 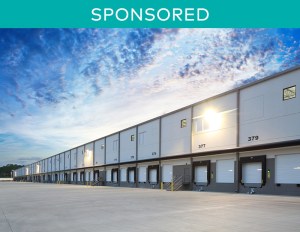 Industrial real estate has seemed like an unstoppable force, driven by a need for fulfillment centers to fuel an e-commerce boom. However, as an economic slowdown caused two consecutive quarters of GDP decline, many experts began to believe the United States was either entering or already experiencing a recession.

Furthermore, skyrocketing inflation caused consumers to ease up on spending, indicating that the e-commerce boom was waning. Additionally, Amazon, a key driver of industrial growth throughout the pandemic, has backed off its rapid fulfillment center expansion strategy as it redirects resources toward other endeavors.

These indicators, among others, have led many industry stakeholders and analysts to predict an oncoming “cool down” for industrial real estate. Yet, despite months of concerns about a sudden cooling of the industrial market, such predictions still haven’t become much of a reality.

Cooler? Maybe. Cold? Not at all.

While a headline about cooling industrial demand may generate clicks, the overall narrative lacks context. The rampant growth industrial experienced during the pandemic and subsequent e-commerce boom drove demand to new heights. Yes, some of that unprecedented demand has begun to abate as shoppers return to brick-and-mortar retail, and absorption has eased somewhat in rural and secondary markets. Furthermore, new developments begun during 2020 and 2021 are being delivered to the market, delivering against demand and making older properties less attractive.

Still, even in this “cooled” state, demand for industrial properties far outweighs the available supply. Supply likely won’t catch up with demand until 2023 has come and gone. As a result, the industrial market remains very strong, with vacancy around 4 percent and rents remaining high. While e-commerce demand has indeed softened somewhat, other interests have begun to fuel demand for industrial space.

Smaller retailers finally have their chance

Amazon and other big box retailers snatched up warehouse inventory as it became available throughout 2020 and 2021, making it virtually impossible for their smaller competitors to compete effectively for warehouse space. Now that the major players have backed off, other businesses waiting impatiently for their turn can finally bid seriously on the properties they need to expand or upgrade their warehouse networks.

Omnichannel is the new e-commerce

The vast majority of U.S. consumers shopped online over the past two years, exposing them to the convenience the channel offers. Though brick-and-mortar retail has made a comeback, consumers aren’t willing to give up e-commerce entirely. Retailers of all sizes have realized the benefits of a strong omnichannel strategy.

Good omnichannel capabilities require a mixture of distribution and fulfillment centers (or warehouses that can act as both). Many retailers also have Buy Online, Pick-Up In Store (BOPIS), curbside pickup, or micro-fulfillment centers in the mix, further complicating their omnichannel networks. As omnichannel strategies grow and solidify, they will drive demand for industrial real estate.

A manufacturing renaissance is actually happening

U.S.-based companies spent decades outsourcing production to China, Bangladesh, Vietnam, and various other countries where labor and real estate costs were lower. Though rumors of a “manufacturing renaissance” have sprung up regularly over the years, nothing much has come of them.

Now, manufacturing in those locations has become less affordable than in the past. Overseas production also comes with increased risk, as evidenced by the global supply chain collapse in 2020 when foreign suppliers couldn’t produce or deliver goods to U.S. customers. As a result, supply chain resiliency efforts at private companies have spurred reshoring efforts at higher-than-normal levels. The federal government has also developed incentives for manufacturers of microchips and green technologies to establish U.S. operations as it attempts to improve the security and viability of the domestic supply chain.

The world is going digital in the wake of the pandemic as every industry pursues the data-gathering, analytics, and visibility capabilities they need to survive the next crisis—whatever it may be. In addition, cloud technologies, gaming, cryptocurrency, and the very internet itself all rely on data centers to operate. As a result, the cloud computing market is expected to be worth more than $623 billion by the end of 2022 and $800 billion by 2025, so increasing data center demand will also help offset declining demand in other areas.

When considering any decreases in demand for industrial real estate, it’s important to remember that a drop from the record-setting demand stemming from a completely unforeseen global pandemic is not only normal but also expected. So, though some of the headlines you’ll see on the topic may feel alarming, the truth is that the industrial market remains very strong.

Founded by Frank P. Crivello in 1994, Phoenix Investors and its affiliates (collectively “Phoenix”) are a leader in the acquisition, development, renovation, and repositioning of industrial facilities throughout the United States. Utilizing a disciplined investment approach and successful partnerships with institutional capital sources, corporations and public stakeholders, Phoenix has developed a proven track record of generating superior risk adjusted returns, while providing cost-efficient lease rates for its growing portfolio of national tenants. Its efforts inspire and drive the transformation and reinvigoration of the economic engines in the communities it serves. Phoenix continues to be defined by thoughtful relationships, sophisticated investment tools, cost efficient solutions, and a reputation for success.