Frank Crivello of Milwaukee’s Phoenix Investors: US Markets Where You Can Still Afford a Warehouse

There are still some distinct markets around the country where savvy warehouse hunters can find viable facilities. 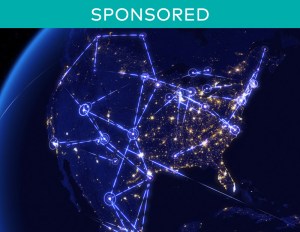 The cost of renting a warehouse in the U.S. has skyrocketed in the past two years, while vacancy has plummeted to record lows. A booming e-commerce sector, reshoring manufacturers, and other contributing factors have kept pushing demand higher. Meanwhile, a global pandemic, unprecedented supply chain disruptions, and a labor shortage have limited the ability of industrial real estate stakeholders to deliver new inventory.

As businesses outgrow their existing facilities, they are now left wondering: Can I afford a bigger warehouse? Fortunately, there are still some distinct markets around the country where savvy warehouse hunters can find viable facilities.

Who Still Has Warehouse Vacancy?

Though warehouse availability is tight everywhere in the U.S., finding warehouse space in certain areas seems nearly impossible. For example, the Inland Empire region of Southern California has a 0.4 percent vacancy rate for industrial real estate. Similarly, defense markets—such as Norfolk, Virginia—have less than 1 percent vacancy, while places like Kentucky and eastern Tennessee are experiencing low vacancy due to their proximity to the Eastern seaboard. As a result, the low vacancy in these areas has driven asking rents up.

Pockets of affordable industrial real estate do still exist, however. Here are some geographic locations where you can still find affordable warehouse space.

Founded by Frank P. Crivello in 1994, Phoenix Investors and its affiliates (collectively “Phoenix”) are a leader in the acquisition, development, renovation, and repositioning of industrial facilities throughout the U.S. Utilizing a disciplined investment approach and successful partnerships with institutional capital sources, corporations, and public stakeholders, Phoenix has developed a proven track record of generating superior risk adjusted returns, while providing cost-efficient lease rates for its growing portfolio of national tenants. Its efforts inspire and drive the transformation and reinvigoration of the economic engines in the communities it serves. Phoenix continues to be defined by thoughtful relationships, sophisticated investment tools, cost efficient solutions, and a reputation for success.