The company paid a hefty price for the 55-story JPMorgan Chase Tower. 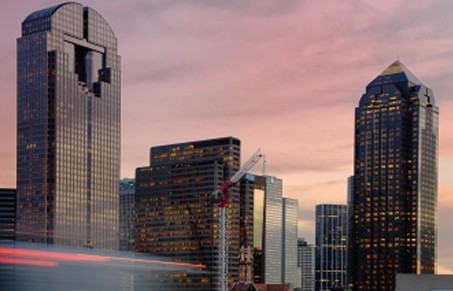 Dallas—It isn’t as big as Blackstone’s, but it’s still pretty big. Roughly one month after news emerged that Blackstone would acquire a nearly $1.2 billion, seven-property office portfolio from Hines REIT as part of its liquidation and dissolution, Fortis Property Group has snatched up a piece of the remains in the form of the landmark JPMorgan Chase Tower in Dallas. An agreement with Hines REIT at the end of May called for Fortis to acquire the 1.3 million-square-foot downtown office destination for $273 million.

Carrying the address of 2200 Ross Ave., Chase Tower last changed hands in 2007, when Hines REIT purchased the 55-story high-rise for $289.6 million in a transaction that marked the highest price ever paid for a Dallas office building at the time. Fortis receives the nearly 30-year-old property in tip-top shape, with Hines REIT having completed a 10-month remodel of the Richard Keating-designed structure earlier this year.

“In line with our strategy to purchase best-in-class properties, Chase Tower represents the best of Downtown Dallas and the Arts District,” Jonathan Landau, CEO of Fortis Property Group, said in a prepared statement. Fortis plans to take the trophy property to new heights with additional renovations and repositioning. The company has tapped Stream Realty Partners to oversee leasing of the building, which was 76 percent occupied at the close of the second quarter. Stream will be in familiar territory; the company had purchased Chase Tower in a joint venture with Highland Capital Real Estate Fund in 2006, before the asset landed in the hands of Hines REIT the following year.