The Commercial Real Estate Women Network last night unveiled the winners of the new Impact Awards during the 2011 Convention & Marketplace near Washington, D.C. 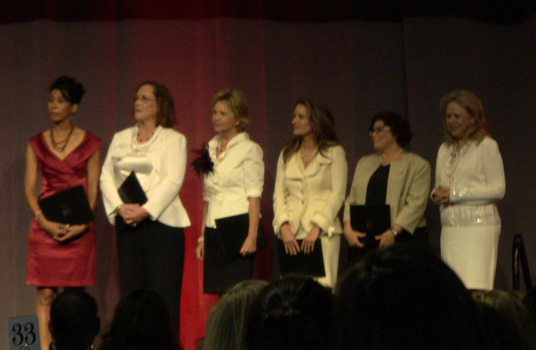 The Commercial Real Estate Women Network last night unveiled the winners of this year’s Impact Awards during the 2011 Convention & Marketplace. The event took place at the Gaylord National Hotel & Convention Center at the National Harbor near Washington, D.C. The awards recognize professional achievement and support of diversity and the advancement of women in commercial real estate.

Winners of this year’s awards were as follows:

CREW Network also honored Bundy with the topmost Achievement of Excellence Award, designed to recognize an Impact Award winner for “extraordinary leadership, commitment to professional excellence and community, and a steadfast commitment to the selfless advancement of others.”

The award ceremony followed a keynote speech by rand* Construction Corp. CEO Linda Rabbit, who reviewed advances in the perception and role of women in society over the past several decades and concluded that, while there has been progress, there is still far more to go. Naming the clarion call for the 21st century one for gender equality, she declared, “Women have the power to make things happen in the commercial real estate industry.” Rabbit herself was originally trained as a schoolteacher, later became a secretary supporting her children as a single mother and quickly advanced before founding her construction company, the third-largest woman-owned general construction company in the country, with $250 million in revenues.

Look for upcoming commentary from the award winners on CPE TV.

CPE was the exclusive media sponsor for the event.