Proposed new standards from the Financial Accounting Standards Board are unlikely to have any discernible ripple effect on the credit ratings of U.S. REITs. 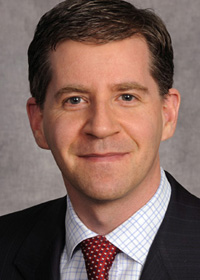 Proposed new standards from the Financial Accounting Standards Board, which would require U.S. REITs to account for their property investments at fair value, are unlikely to have any discernible ripple effect on the credit ratings of U.S. REITs. The lone scenario where the proposal may result in a negative rating action is if a REIT gets close to breaching a covenant trigger, which would limit the company’s financial flexibility.

As per the FASB’s recent proposal, changes in fair value from one reporting period to the next would be recognized as a non-cash fair value gain or loss on the income statement. Real estate amounts on the balance sheet would be reported at fair value. One potential consequence of migrating to fair value reporting would be how it affects unsecured debt bond covenants.

Most REITs have debt incurrence covenants that are in accordance with GAAP standards. Using fair values for these covenant calculations would likely result in lower reported leverage for most U.S. REITs. Many REITs have acquired properties over long time periods throughout cycles and historical undepreciated cost likely understates their value today.

Lower covenant leverage would enable a REIT to incur additional debt. However, Fitch does not expect many issuers to utilize this flexibility. The reason is that should a decline in a REIT’s fair value of real estate increase reported leverage, it may force a REIT to raise more equity. Most REITs will be unlikely to expose themselves to what effectively would amount to a margin call.

The challenge in estimating the fair value of a generally illiquid asset class such as commercial real estate is formidable. As such, Fitch would have more comfort in fair value financial reporting if both the primary determinants and ranges of fair value were disclosed in the financial statement footnotes. Clear disclosures regarding the methodologies utilized in determining fair value, and the use of independent third-party accredited professionals in such determination, would also assist Fitch in understanding the derivation of fair values.

Fitch will continue to utilize net debt to recurring operating EBITDA as its primary leverage metric as opposed to fair value-based ratios, given the subjective nature and potential volatility that fair value estimates could present in determining reported property valuation. Further, in analyzing the quality of a REIT’s earnings, Fitch would not consider in any of its analysis the non-cash gain or loss recognized by an issuer from changes in the fair value of its assets.