From Newport Beach to Inglewood, Southern California developer William Shopoff sees real estate and investment opportunity where others might not. 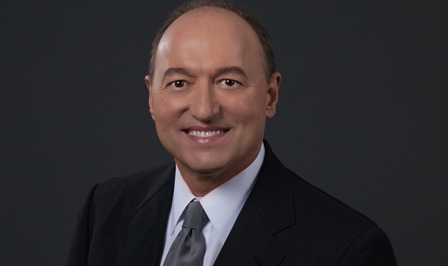 From Newport Beach to Inglewood, Southern California developer William Shopoff sees real estate and investment opportunity where others might not. And he often brings a novel perspective to the project at hand.

“The number one thing that differentiates our company is that we know how to make the invisible visible,” Shopoff said. As President and CEO of Shopoff Realty Investments, he oversees a multi-sector portfolio with investment properties sited nationwide. A native of Texas, Shopoff and his family moved to Southern Calilfornia 15 years ago, and that’s where his major developments are currently located.

“We go out and look at a site, and somebody else might see it as one thing, but that’s not how we see it. I think that makes us stand out,” Shopoff added.

He offers two examples. One is the redevelopment of Daniel Freeman Memorial Hospital, which closed eight years ago in Inglewood. Shopoff Realty Investments will tear down the aging hospital building and hopes to re-entitle the property as a site for 300 housing units.

Another major development, thus far four years in the making, is the Uptown Newport Project, which  Shopoff acquired in 2010. A mixed-use residential-commercial plan near John Wayne Airport, it includes 580 apartments and condo units and 11,500 square feet of retail space. Occupancy of the first phase is expected in 2016.

Shopoff recently provided CPE with insight into his business and career to date.

CPE: How did you get into real estate?

Shopoff:  I got a broker’s license and was doing residential sales and leasing while I was an undergrad at the University of Texas at Austin.  When I graduated, I got an MBA with a focus in finance/ accounting, wanting to go into either corporate finance or accounting.

When I finished graduate school, I came into a not great job market. The job offers I got were not nearly as good as the real estate commissions I was making, so I decided to stay the course. I’ve actually never gotten a “job” as an adult from a third-party employer. I just went out and started my own business.

CPE: What have you appreciated the most about that unexpected career trajectory?

Shopoff:  The things I’m proudest of are the things I am doing right now, trying to innovate investment product and build communities. I think that’s the thing I like the most about my job, either taking something that’s broken and fixing it, and adding value to the community that way, or taking land from scratch and building a community.

CPE: How much of your portfolio is land today?

Shopoff: Our land business is more than 50 percent of our portfolio – land entitlement focused on delivering residential and apartment land for homebuilders and developers. Another 25 percent is a large multi-family development site that we’re currently going vertical on. The balance is a mixed commercial portfolio of retail and office.

CPE:  What has been the timeline for the Uptown Newport Project?

Shopoff: The entitlement process is lengthy here in California. We started the deal in 2009 and closed in 2010 on Uptown Newport development, and we won’t see occupancy until probably about two years from now. That’s a relatively fast deal, and it’s still going to be six or seven years.

CPE: What were some of the challenges along the way?

Shopoff:  In 2010, we got turned down by 60 capital partners. You get turned down by 60 people, and you start to question whether you have the right answer or not. Theoretically big money is all smart money, but being turned down doesn’t mean your deal is a bad deal. It just wasn’t their deal. Ultimately DRA Advisors became our partner on that deal – they shared our vision and then let us go do our job.

CPE: When it comes to a difficult situation like that, how would you describe your approach?

Shopoff: I am relentless. If I’m convinced that we have identified a worthwhile opportunity, we will make it happen.

CPE: You took a creative approach to owning a shuttered hospital in Inglewood while redevelopment planning commenced – tell us about that.

Shopoff: Although we had a vacant hospital building, we figured out how to generate some revenue. We leased it to movie studios during our entitlement and pre-construction phase, generating a fair amount of revenue. Contrary to the news that all movie and TV work is leaving Southern California, we managed to keep some of it local. (Ed. note: The practice even generated the hospital a five-star Yelp review as a location site, with the comment: “For shooting hospital scenes, the price is right for any TV show.”)

CPE: Who inspires you?

Shopoff: My wife, Cindy, is my inspiration every day. She’s my number one fan and number one supporter, and she’s also the person I go to for the truth serum.

She’s involved in the hiring side of the business. She’s very good at vetting people and determining whether or not they are a fit, and acts as a coach for corporate culture. Our business is growing rather rapidly in the last year or two. She has been the one to make sure that our vision is translated to each of the employees.

CPE: What’s next for you?

Shopoff:   I’m a guy at an age who might be figuring out how to wind down, and instead I’m winding up. I’m excited about the future and thrilled about a profession that’s offered me not only great economic rewards, but the opportunity to do really creative things with really smart people. I’m very pleased with the people that I get to work with every day, both inside and outside of my firm. I feel very blessed.